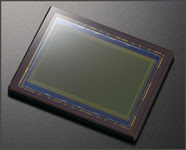 Rumors have it (or leaks if you believe like me) that Sony are set to introduce a new 36mp sensor for the A900 replacement. The recent experience I've had with the new 24mp APS-C sensor from Sony is cause enough to give me pause on the thought of a full frame camera having this much resolution. Why? For several reasons. First of all, the cost of the production of camera will have to increase for development of the new chip. Secondly the file sizes are going to be monstrous putting massive loads on your storage card, hard drives, and image post processing time. More...

Now before I get going on this I'd like to be really clear about my motivation. I think I can sum up my thoughts here by saying that I think the timing of this sensor is just off. Economically the world is in transition still and it doesn't look like we're going to get a break from a down market anytime soon. A sensor like this will require purchasing of bigger memory cards, possibly more external drives, and possibly an upgrade in your laptop/desktop computer as well. That is of course you are willing to suffer the hit that will likely result from this sensor.

On top of all that, what remains to be the wild card here is the image quality. 36mp on a full frame sensor is a lot of crammed and smaller pixels, some three times smaller than Nikon's D700 and D3 cameras that still currently lead the DSLR industry in low light high sensitivity shooting performance. Surely more resolution could be had than those cameras, I concede to that much, but I think 36mp is frankly way too overboard.

Another reason I bring this topic up here, is because many of the manufacturers like Nikon, Pentax, and others buy sensors from Sony. They are the only two likely to use this new sensor (Nikon more than Pentax probably) in addition to Sony but together they make up three of the 4 major brands that make DSLRs. Not much choice unless you are a Canon shooter. And speaking of, I think Canon nailed the specifications with the new EOS 1DX at 18mp. Plenty of resolution (medium format cameras used to be this much not too long ago), but promised excellent low light shooting. Currently the Canon 5D Mk II performs even better than Sony's 24mp model so 21mp even seems to be quite enough.

If Sony are going to try and get more market share this is not the way to go. I think the average DSLR consumer wanting to upgrade to full frame are starting to realize that megapixels isn't all that important anymore. The term itself at least in the US is becoming increasingly less popular in conversations I have with everyone. In other words, most people don't give a crap about megapixels as much as they used too.

I think if the brass at Sony have made this choice already, it is a bad choice. If they haven't made this choice then I implore you in Tokyo- don't do it. Just make a really great FF body with all the essentials with some modern flair to keep it fresh and viable on the market. And please, offer a FF camera with an optical viewfinder and and electronic viewfinder so you can cater to both sides of the buying crowd.