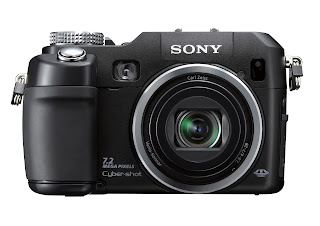 Sony V3 Review: As Canon clearly shows with the G1X, the age of the enthusiast level rangefinder styled compact is far from dead. Sony's DSC-V3 was the last of its kind, unfortunately, and one has to wonder just how far along that camera's successor would be now if Sony had only continued the V series lineup. Although the V series is seemingly a forgotten line for Sony, it still remains a unique and interesting camera some 7 years after it's introduction for some shooters like me. I've even made Sony a V5 blueprint/concept in this review (complete with image!).

Read more »
Posted by Carl Garrard at 8:47 PM 24 comments: Links to this post