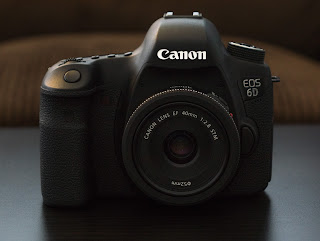 Canon's EOS 6D has been on the market since late 2012, but that fact doesn't seem to diminish its popularity, sales, or production in the slightest (Canon still sells it new). Today, new camera models come and go so quickly, with some manufacturers pumping out new high end interchangeable lens cameras every 6 months. There seems to be some sort of hysteria going on with the camera market and manufacturers these days because of the rapid decline of camera purchase sales over the last few years. Camera companies are throwing everything they can into camera designs to get them to sell. Ironically though, simpler cameras like the Canon 6D seem to be much more rare but highly regarded and extremely popular with enthusiasts. Why is this? Doesn't that seem contrary to what camera companies seem to think these days? I'll attempt to give my best shot at explaining exactly why this is.

Read more »
Posted by Carl Garrard at 6:33 AM 15 comments: Links to this post