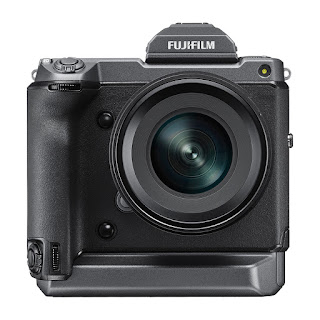 Just a little news if you haven't heard already. Today Fujifilm officially announced the GFX100, which further strengthens the foundation they are laying on the camera market. Yes, this is an impressive announcement no matter how you slice it, and it's such an engineering achievement. I don't think I need to even get into whether or not it's a camera I'm interested in, I already know who the intended customer is. They know who they are too. What I do want to get into, is how I see what a camera announcement like this makes Fujifilm appear to look like as a camera maker in comparison to all the others. Fujifilm, if you haven't noticed, have quite the impressive resume lined up when it comes to being a serious camera maker. The GFX100 addition just made it stronger. When photographers look at a camera maker, they think about an investment. The stronger and more capable the camera maker, the more professionals flock to the company. That's how it works. If you are going to send a signal to the market that you are in it to stay, in it for the professional, then an announcement like the GFX100 is yet another signature in blood on a contract of loyalty to its faithful, and new found professional customers. I'll let the press release speak for the rest after a few quick words.
Fujifilm Prices