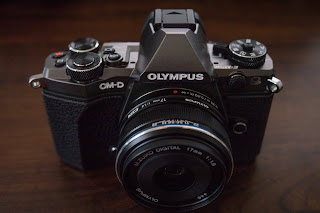 Olympus is a name that I've not mentioned much on my blog in the past, although, there's a fair chance that's probably going to change after this review is published. There's no hate for Olympus here, in fact quite the opposite, I have still have a few of their DSLR's and m4/3 cameras in my arsenal and I've always liked the company. My very first SLR camera was an Olympus OM2 in fact, and I still have that camera to this day. Admittedly, it's an heirloom and I haven't made an image with it in quite some time. Since Olympus were kind enough to send me a camera for evaluation (a loaner) I was curious about the EM5 II (how I will refer to it hereon) especially, so that camera and the newer version 17mm f/1.8 was sent to me. First of all, I am grateful that Olympus have sent me the camera and lens so, I want to thank them foremost. Thank you Olympus. Time sure flies, and I can't believe this camera came out in 2015, three years on and it's like a new release in terms of capability.

Read more »
Posted by Carl Garrard at 4:24 PM 3 comments: Links to this post