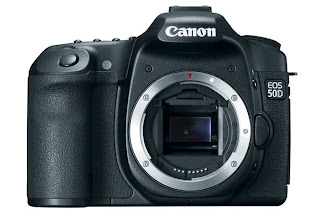 Canon EOS 50D Review- Final: Canon has quite a few good DSLRS on the market dating back to as far as 2003 as far as I'm concerned, which gives the DSLR shooter on a budget a lot of options at a much lower price than modern DSLR bodies. Canon's 50D is one such DSLR, and one in which I feel after looking back on comments (and withdrawing from memory) got a bad rap far more than it should. Comparing the 50D to today's DSLR's on specifications and you might find it has a lot more in common with them than you think a DSLR announced in August of 2008 should. This is one loaded DSLR with lots of resolution and features that, on paper at least, stands up quite well with today's newest DSLRS on the market- even against Canon's own EOS 7D (which is again about to be replaced). I've written much more detail in this final review than my initial impressions article, so read on if you'd like.
Canon EOS 50D 15.1MP DSLR Current Price Check

Read more »
Posted by Carl Garrard at 10:09 PM 8 comments: Links to this post