PENTX XG-1 Announced Today (with pricing for the US Market)

Pentax XG-1 Announced Today (with pricing for the US Market) 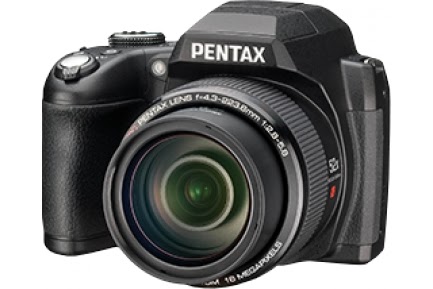 Today a new Pentax 52x superzoom replaces the Pentax X-5 (the K5 DSLR look alike), Pentax's XG-1. This camera is shooting for the consumer/beginner crowd and aims to be a relatively affordable but versatile package. It should go for about $399.00 USD initially, but this price is likely to be adjusted. The XG-1 looks more like the K50 DSLR this time around, instead how the X-5 was a knock off of Pentax's highly popular K5 camera. The press release for the XG-1 is below the basic information below. Some stand out specs are its HD video capability, dedicated af assist lamp, good macro capability, and host of digital filters. It's 16mp BSI CMOS sensor is widely shared among many different digital cameras, and it's decent for its intended market. Since this is a camera intended for beginners/consumers, it does not come with raw file capability. In my mind, a decently priced/spec'd camera for vacationers and for making family memories. It might be nice to see Pentax stand out a bit more by offering something different than other manufacturers, but alas...the XG-1 is the current superzoom model that comes from the new Ricoh ownership.

Read more »
Posted by Carl Garrard at 7:11 PM No comments: Links to this post