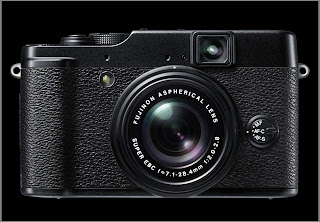 Fujifilm X10 Review: Ever daydream of your own perfect camera design? I do. I do it all the time. Two years ago I daydreamed about a compact camera that I'd make. In that daydream I decided that I'd like to have a manual zoom bright aperture lens, 2/3" sensor, and a rangefinder styled camera with a better than average optical viewfinder. Fuji must have been listening to me. Or wait, maybe it wasn't just me, maybe it was many who were having the same very daydream and Fuji caught onto it. That sounds more plausible to me, and it's probably true.

Read more »
Posted by Carl Garrard at 9:22 PM 33 comments: Links to this post 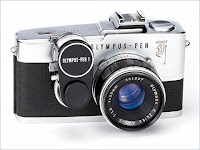 Olympus Pen E-P1 Review- Not only do Olympus have a rich history of camera making and innovations that spans over decades, they also have made at least a couple classic designs that have not only stood the test of time but have engraved themselves into camera lore. Olympus have much of my respect as a camera maker and despite some recent financial hiccoughs with the parent company (putting it mildly), I see no reason they won't continue to make more wonderful cameras in years to come. Today, I'm talking about the Olympus Pen E-P1, Olympus's first mirrorless camera to the market.

Read more »
Posted by Carl Garrard at 9:01 AM 10 comments: Links to this post 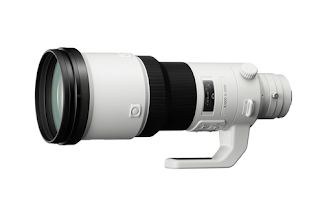 Today Sony has silently announced the arrival of the 500mm f/4 G SSM Super Telephoto lens for Alpha DSLR's and SLT model cameras. This lens has been on display in various forms at photo trade shows for the last 3-4 years and finally makes it to the production line. Just in time for the new pro camera's coming later on this year, I'd say. This lens marks Sony's commitment to higher end camera models and shows they are more serious about DSLRS/SLT's than all the talk over the last 6 years.  Read on for the full press announcement, or check here for price:
Sony SAL 500mm f/4.0 G Lens

Read more »
Posted by Carl Garrard at 2:25 AM 6 comments: Links to this post 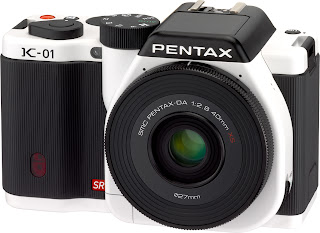 Pentax K-01- Reviewing the New Direction: My first thought when holding a K-01 at CES was "whoa.". Certainly Marc Newson makes striking designs but I never thought I'd see him co-design a camera. But lately there is a market for looks in just about every device in electronics on the market, and photographic manufacturers have started to give that crowd something to chew on. Not everybody wants an all black camera that reminds them of Darth Vader ( I would), some would like a bit of style to tote around. Well Pentax listened to that crowd, now they need to get one in your hands.

Read more »
Posted by Carl Garrard at 3:53 PM 14 comments: Links to this post

Yep the Fuji X10 has finally arrived into my hands. I haven't even opened the box yet but I am VERY excited to get this camera in the field. I had a chance to meet up with Fujifilm at CES in Las Vegas and handle all of the new cameras they announced. As well we chatted a lot about future developments, the XPro1 and other topics I shall not discuss! Fujifilm has been making very interesting cameras of late and this one in particular is special to be because I called for a camera almost exactly like this a couple years before its announcement.

Read more »
Posted by Carl Garrard at 5:04 PM 2 comments: Links to this post