Goods For The Original "A" Mount

Goods For The Original "A" Mount
February 2013, Carl Garrard 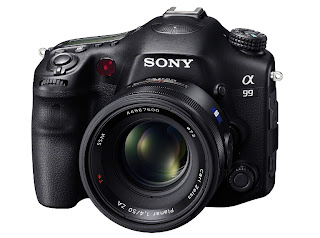 Well it looks like the original Sony A-Mount also gets some attention this year, with two new full frame lenses (one completely new, one is version II), and a new version of the kit lens in APS-C only.  Not only that, but a new Alpha SLT body comes too, also a refresh, in the shape of the A57 now dubbed the A58 SLT from Sony. Only one of the three lenses is actually all new in the lineup, but one that could very well become the most popular lens in the Alpha Mount lens lineup yet- the new Sony Zeiss 50mm f/1.4 SSM. SONY DSLRS AT B&H