Pentax K5 Limited- Totally Worth It

Not so long ago someone offered some advice, warning me that purchasing a K5 Limited is a waste of money and not worthwhile. Although I can see the logic in that advice for most circumstances, I don't believe that advice holds in this particular one. Being that the K5 is the most impressive DSLR overall that I've used in the last 10 years It's quite unlikely that I'll find another camera that will take it's place anytime soon. Although some cameras may perform better than the K5 in certain specific categories or circumstances, I don't think any of them will make a better all round camera than the K5 does for my needs.

On my first outing with my K5's I managed to put both of them in my Camelbak without the pack feeling cramped or over weighted in the slightest. I had both of my WR lenses attached which gave me a 27-300mm focal length, I didn't have to change lenses, and I could shoot close ups quite well too with either lens. 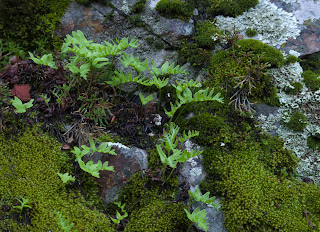 When weather ultimately came that day, I might have got soaked, but I laughed at the idea that my equipment would suffer- totally liberating. The next day there wasn't any weather, but its still nice to know that if an unsuspecting system were to come in, my equipment is basically worry free. 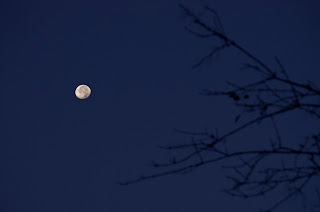 Not having to changes lenses, not having to worry about elements, not having to switch between different kinds of cameras when shooting, is quite wonderful. Granted I'm using  two of the finest DSLR I've had my paws on in ten years is simply an experience unlike I've ever had. All carried either in hand or snugly in a simple small Camelbak. Unthinkable! :) 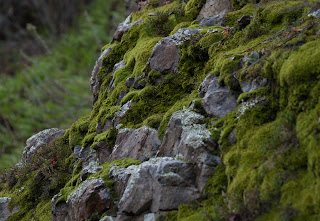 The different grip really changes the "personality" of the K5. It's larger size is something to get used too for my medium sized hands. I can't say it's better or worse overall than the regular grip on the standard K5- just different. In some circumstances I can see me liking it more, and in some not as much- so overall it's a push. 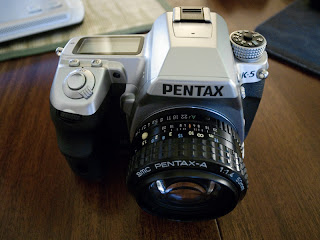 Style wise, the K5 Limited is ridiculously classy. Mated with a nice Pentax A manual focus Prime lens, it feels like a combo I'd take to a fancy street shooting excursion or restaurant etc. I do like how it looks, but I also really like all black.

So having both, is the best of both worlds for me in this respect as well.

On the LCD screen, I've noticed that the way it combats glare is a bit different than the standard screen on the K5- both combat glare well but I think the standard screen accepts a type of coating that glass won't. There seems to be a tad more glare on the Limited screen but I didn't notice this in the field, only indoors and it's not enough glare to cause an issue either.

Both cameras are set up with the same settings now, but having two cameras gives me endless creative potential knowing I can set them up differently for various needs (one with a cross processing or b/w output the other standard color, for example).

I noticed a difference in the sound of the shutter/mirror cycle between the two cameras as well. The Limited sounds even more muffled than the regular K5, and a bit more snappy. This may be because of K5 sample variations or other reasons, but I simply don't know. It's noticeable so I'm reporting it. And I have to say I welcome it as well. It's a slight difference overall but enough to notice for someone with a trained ear as I have to cameras.

Other factors of the pair are identical, image quality, menus, physical build quality, and other nuances..

So in short- for those that aren't able to get a limited K5, I suggest getting another black one and carrying two cameras when the situation is appropriate for such a set up. For me, having a Silver and Black combo is like having the best of both worlds and is totally worth the effort I put forth to having a Limited K5 of my own.

As always, be safe and happy shooting.
Carl