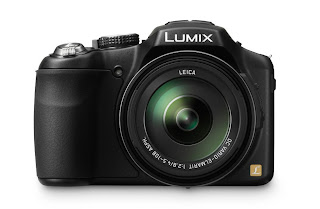 FZ200 Review: Panasonic's FZ200 is probably the most exciting superzoom announcement that I can recall in the last 10 years, at least on paper. Today I decided to purchase my very own FZ200 as soon as I learnt that a local shop had (two) of them in stock. Packed jammed full of just about every modern feature you can ask for, plus the headliner 25-600mm f/2.8 zoom lens (constant aperture is right), I just had to get one despite the fact that I was just there to see it in the flesh and give it a try. Lets take a look.
Prices Panasonic DMC-FZ200 -Black

I'll cut right to the chase, this is Panasonics largest FZ series camera since the FZ50 was produced in 2006, and it's stuffed full modern features. So far I've not seen one modern feature missing in this camera so suffice it to say its going to take a while to evaluate this camera. For now, I wanted to get up some initial impressions and some images both out of camera Jpegs and some included Silkypix raw conversions that are as pure as possible (since the FZ200 isn't yet supported by Adobe Camera Raw).

I'm going to do this review backwards. First I'm going to go right into image quality and first impressions, with more detailed analysis to be added later on. Spec's and press release stuff will be at the end of this article instead of in the front. So go there for all that info.

Image Quality- The question that every interested party is begging to answer is how good that constant 25-600mm f/2.8 Leica DC- Vario-Elmarit Lens performs. So lets get right on to that. Here is a shot at 25mm and ISO 100 converted from Silky pix. All standard settings in Silky pix were applied, no distortion correction of any kind was applied to the following images (when converted from raw). 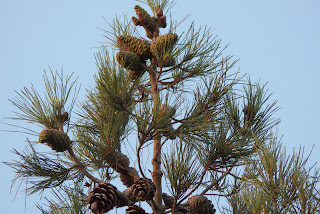 Now lets look at a static subject f/stop series starting at wide open (f2/8) at 600mm, and going up to f5.6. From what I'm gathering, this lens is very sharp at 600mm. Not much degradation at all in optical quality at f/2.8. A tad bit of vignetting and the corners aren't as sharp as f/4, but the center is absolutely sharp (90% of the image) and seems just as sharp at f/5.6 with a slight mellowing of very finite detail (basically f/4 and f/5.6 are the best spots on this lens at 600mm).

All of these shots are Raw conversions from Silkypix so we can see the most detail possible at this point in the game. The noise reduction process in camera, even when set to low and the ISO at 100, is taking fine detail away from the images. Panasonic should take some advice on how to program the noise reduction settings on their firmware so they could get even better out of camera performance.

First Impressions: Ok well I've been wanting a faster f/stop superzoom for quite some time. Right when I picked up a used FZ50 the FZ200 had just been announced. I was going to wait months to pick up an FZ200 but saw the lack of info on this camera on the net, and when I had an opportunity to grab one and "help out" I just decided that I better.

It helped that the camera made a good first impression on me as I was set to wait it out (price drops and test data to fall in my lap). So much for that plan! So here is a pretty hashed up list of my first impressions of the FZ200 thus far. In just a few hours of use I made this list, so impressions are then subject to vary with more thorough use of the FZ200. So please keep that in mind.

Silkypix is showing me that this camera is quite decent for higher ISO images. Lets face it though we are still talking about a 1 2/3" sized sensor albeit "MOS" designation or what not, it's still teeny and we're all hoping and asking for it to do too much. Yet, despite that handicap, I'd not hesitate to run this camera up to 1600 ISO routinely using Raw and taking my time with the post processing.

I'll be right up and honest and say that the Jpeg engine is really killing the potential of the FZ200's fine detail. I've seen Panasonic told this by my buddies at Imaging Resource and DPReview I can't recall how many times, and yet they continue to sledgehammer the raw output with noise reduction. Pity because there are some aspects of the Jpeg output that I really like, and I will be fair and say the base output at 100 and up to 200 is decent enough for my standards to use when I'm using the fun art filters, sweep panorama, and HDR modes. Sometimes you don't have control of the ISO used in some of those modes though so that puts me right back at square one.

Request for Panasonic- Jpegs should always be allowed to have zero noise reduction out of camera with a menu option- always when you are catering to an enthusiast crowd. The "shoot raw then" excuse is not acceptable when some of your features are tasked to Jpeg output only. We aren't seeing the full potential of those features then. Please continue the heavy NR but at least give the end user the option to turn it off. Please?

I've made this same request in futility with another maker but it never hurts to ask.

ISO Series From Raw- The following images are untouched Jpegs developed in Silkypix, standard color settings and no noise removal, sharpening is also standard. They give you an idea of what to expect at a base level from the FZ200 to start from (prior to noise removal and extra sharpening if needed). Remember, no noise reduction of any kind has been done here.

Better results can be obtained with more careful processing and by overexposing a tad, then pulling back the highlights in raw development, if you so choose. From what I see here, the little sensor is quite capable up to ISO 1600, but useable up to its maximum (extended in the menu) ISO of 6400 with careful processing. Clearly you can see why ISO 6400 is an extended ISO setting in camera because of the color shift. Likely, this ISO setting is a pushed/simulated ISO setting based on the results I see. Panasonic was unavailable for comment on that.

Ok more to follow on this "rolling review" so keep in touch! Thanks for all the feedback thus far, been a pleasant experience for me!
Posted by Carl Garrard at 8:30 PM 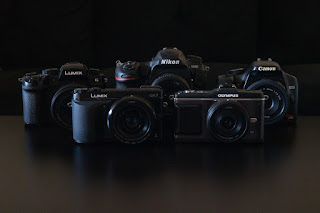