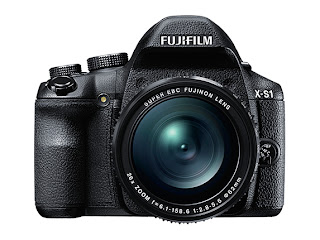 Fujifilm XS1- Preview- October has literally filled my office with cameras from several manufacturers, with the latest coming from none other than Fujifilm (a pleasant surprise). The XS1 arrived very quickly new in box: Pristine and untouched too (kudos Fujifilm). I first handled the XS1 back at CES when they were unfinished pre-production products, and although I had just a quick handle, the camera impressed me quite a bit. Today I used the real deal and although my testing is preliminary, I've enough to share a preview of the camera with a full review to follow later on.

Fresh off writing the the Panasonic FZ200 preview, this is yet another very interesting (and quite unique) superzoom camera that had caught my interest this year. The FZ200 impressed, but the XS1 takes the superzoom to a whole new level with a bigger, heavier, and more overall premium design. The lens is similar to the FZ200's in focal range, with a slight edge in telephoto giving way to a slower max aperture at 624mm. However the XS1 has a much larger 2/3" sensor that promises better detail and low light performance, and a real manually controlled zoom ring. Really, these two cameras are in completely different leagues in many respects so I'll shy away from a direct comparison. I just think these two cameras are the most interesting superzoom cameras to come along in the last decade. That's all.

First of all I was quite impressed with the packaging, in the same manner I was with the X10. Fujifilm are set to impress a buyer right out of the gate, and packaging is one way to do just that. Upon unpacking the XS1, I noticed right away this camera wasn't a lightweight. Certainly it weighs much less than a DSLR had one with a lens that had the same focal length as the XS1, however this is no small and light camera. And that's not a bad thing either. Instead of charging the battery right away, I decided to check and see how much juice it had. Full charge. Nice touch Fujifilm. I'm not sure if I was lucky or not but that is the first time I can recall any camera coming to me from a manufacturer with a sealed and fully charged battery. 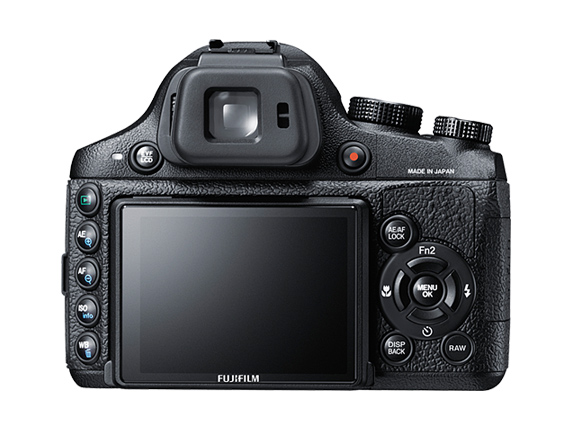 Controls and Build- After punching in the date and time zone data, I began to feel my way around the XS1. Controls are logically placed and were easy for me to remember- all day shooting and not once did I need to do a double take on any of the controls. Its traditional DSLR layout and ergonomics wise, if there ever were such a thing- with a nice row of buttons down the back left side of the camera. I haven't had that in a while, and its welcomed because I like to share the burden of controls with both hands and not just one (also with left and right brain organization). I have to say that there is no doubt the XS1 is my favorite Fujifilm camera to date in terms of controls and layout- I have very little to complain about here.

As far as the build quality is concerned, the XS1 felt like a premium product right away. The XS1 is dense with metal accents and a very smooth zooming lens and focusing ring. Dang. It's only what price again? $599.00 USD, seems almost too low for this camera. My only quibble, and it's a small one, is the door that houses the SD card. It seems a bit loose which doesn't quite fit in with the quality of the rest of the camera. Not a deal breaker in any regard, just something I noticed. 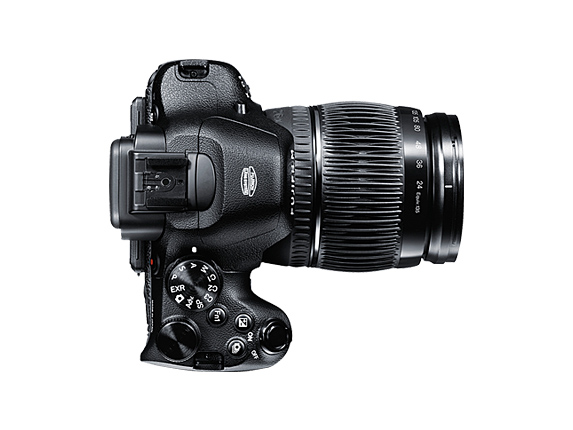 I read some specifications about the XS1 and programmed the customizable FN1 and FN2 buttons before I started using the camera. I set the FN1 button to the MF check option so when I manually focus I can get a nice big central magnified view of the subject quickly- check. FN2 I set to the film simulation mode- check. I also turned quick start mode on which indeed improved the start up time dramatically. 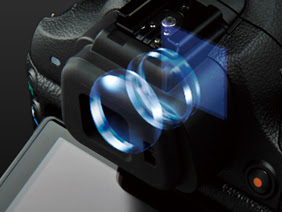 EVF- I put the XS1 up to my eye and I was treated to one the largest and clearest EVF's I've had the pleasure to test recently. The pre production versions of the XS1 didn't seem this nice or perhaps I was just too tired from getting up at 2am to take a 5 hour trek in the car to Las Vegas Nevada- whatever the case, this is one nice EVF. Total dots are only half the equation folks. Magnification and clarity are the other half and the XS1 has a big clear viewfinder that Fujifilm aren't shy about advertising. Nor should they be, its a very impressive finder for a camera at any price, let alone $600.00.

Shooting with the XS1- Formatted SD card ready to go and it was time to start seeing how sharp that lens was, and how good the sensor would perform at its base and highest ISO settings. Just as I need to know how a car handles and how fast it can brake and accelerate before I drive one, I also like to know the general performance of a camera before I get started. Knowing the basic limitations of  my equipment before I put myself in front of good light is a vital part of the photographic process for me. I want to know what I can safely expect from the camera at any given ISO or aperture setting so I can get as close as possible to extracting the best quality images out of the camera right away. I've had a lot of practice doing this with as many reviews as I've done now, so the process happens rather quickly nowadays :).

That Crazy Lens!- As if a 24-624mm focal range wasn't enough, add an excellent macro ability and a f/2.8-5.6 max aperture across its range, and it should just about cover most photographic situations with aplomb. Indeed, this lens is the heart of the XS1 and it leaves very little to be desired as an overall package. Best of all, its really no larger and heavier than a DSLR superzoom but gives you a brighter max aperture, wider angle, better macro abilities, and longer telephoto reach than any DSLR superzoom lens on the market. Indeed the XS1 was designed to cover all the bases in this respect. And before I go on further I wanted to note some nice touches that normally aren't covered in a review.

The filter size is a nice and common 62mm type, and the front element coating is very smooth which makes for easy cleanings (something I do with every camera before I go out and shoot with it), as well resists dust and grime better as a result. The filter threads are metal and the cast around it is metal as well. The front of the zoom ring, is also dense metal alloy, and there is very little play in the lens at any focal length. If you are a lens geek, this lens alone makes the entire price of the XS1 up right away- and, without sacrificing quality of optics or build to boot. What a steal.

Macro shooting with the XS1 is a pleasure, it will focus real close up to 135mm which gives you some space from your subject, creates the most out of focus blur, and won't suffer from lens shadowing. I actually don't like shooting macro at 24mm wide with a subject stuck against the front element, I don't see how that is practical for just about 99% of shooting macro images. I find the 135mm focal length a great tradeoff of the max magnification that 24mm will yield- trading just some max magnification for excellent bokeh and distance from subject instead. The XS1 is such an excellent macro camera, I'd consider buying one for just this reason alone. It's like having several prime DSLR macro lenses in one, doing excellent at wide up to mid telephoto ranges all the while keeping the max aperture less than f/4.5 the whole time. Bravo.

Here's a shot at 135mm hand held in very low light. You can see the right side of this G15 lit up a bit from my laptop (adding the blue tinge in the photo too). This area of the G15 is about 2" wide total, which is a pretty small area overall. At 135mm you can nearly completely blur out your backgrounds too at max aperture. Nice.


I also want to give a nod to the sensor here looking very very apt at ISO 2500 with no NR being done in the luminescence channel at all in an ACR conversion. Chroma only here. A very nice grain and banding free performance in tough lighting conditions from a relatively small sensor (compared to DSLRs). I didn't expect the XS1 to perform this well to be quite honest. I'm impressed. Yes the X10 I reviewed has the same sensor but I don't recall getting too into the high ISO testing with that camera. At this point I think its a good segue into the sensor performance portion of the preview.

Sensor and Processing Performance-  Fujifilm has the luxury of designing their own sensors in house, and as such have the freedom to design them however they see fit. Starting with a pretty large 2/3" size EXR sensor is an advantage to the superzoom shooter since its' about twice as large as the sensors found most commonly in superzoom cameras. A larger sensor and conservative resolution means it's going to out perform (at least on paper) other cameras in its class. My tests bear this advantage out too, especially when developing the raw files but certainly not limited to them.

The XS1 also has the best out of camera Jpegs of any superzoom I've ever tested to date, no matter how you judge image quality. Color, noise control, and dynamic range all look well done by the XS1, almost approaching DSLR image quality overall up to ISO 3,200. The Jpegs are so good that you don't gain much from developing raws in the final product other than of course the ability to make adjustments to exposure etc. after the fact.

So I'll just say it now- the XS1 gives the shooter serious bang for the buck and leaves very little to be desired from a DSLR system at least for general shooting purposes. I guess that was Fujifilm's intent, and so they've succeeded.

This preview will be updated over the next day or so with more images and information. Then a final review will be published at a later time, so keep in touch!