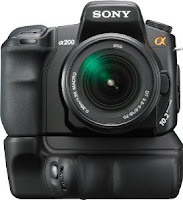 : Yep that title is correct. I'm reviewing this camera all over again, but why? Well, that's easy. My first review of the A200 just flat out sucked. Yep, I said it, and have no qualms about admitting it. I've learned a lot since I've reviewed the A200 the first time and  picked one up for next to nothing used in like new condition from an excellent seller on ebay. After spending a couple months with it (again) I realized that there were a lot of good things about this camera that I missed or didn't emphasize in a way they should have been for A-Mount readers. Lets take another (short) trip with the A200.

That being said it's also refreshing to go back and review older equipment, and I've done that plenty of times with older cameras. The Sony A200 is early 2008 tech and it's been 5 years since I had purchased mine originally (I was one of the very first to have one in the USA). Much has changed in the marketplace and with Sony's Alpha division since then. Also, this is a camera that lacks almost every new advancement that Sony or other camera companies have made since 2008. Yet, it can still make some beautiful still images and hold it's own performance wise in many respects as long as you want just a camera to do still images keeping things back to basics. 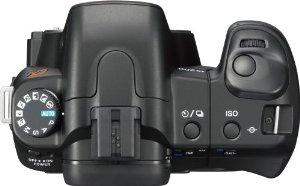 Handling the A200 is very similar to the camera it replaced (twice) the A100, and the Konica Minolta Maxxum 5D (or Dynax 5D). On top, things are kept simple and function- a drive button, and an ISO button. These are functions I use most often when I shoot, no matter what camera. And there they are, right there, easy to reach. Simple and functional. On the shutter release area we have a wheel that sits  right in front of the shutter release that faces straight up, not away from you.


You can't believe the difference this makes in comfort when using that control wheel vs. one that faces away from you on the front of the camera (vs. the top). I use that wheel very often, so there's another major point scored in handling. The shutter release is set back far enough where your trigger finger doesn't have to stretch either, more comfort, and again simple and functional.

Looking at the rear of the camera (below) I find the EV button and AEL button in the perfect place- right under the thumb. The FN button also located easily under the thumb that accesses many important menus's and modes. The left side of the camera has the on/off switch and a row of buttons for menu/disp/trash/playback. I like DSLRS that have controls on the left and right of the camera. 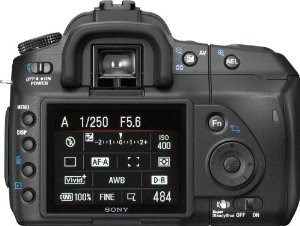 Other settings are accessed through the FN button, that fall again- right under the thumb. All of  the settings I use secondary to the buttons I've mentioned, are in there. Settings like metering, AF area, White Balance, AF mode, Flash mode, and D-Range Optimizer that I use quite often are quickly accessed. Not as quick as the A700/850/900's Quick Navi interface, but quick indeed and thwart menu diving.

The A200 also has a comfortable grip. It's large and spacious, just like the A100's and KM5D's it effectively replaces. The camera is mostly well balanced and lacks any snagging surfaces that might make you hesitate when taking the camera out of a bag for a quick shot.Although a small to mid sized DSLR, it doesn't disappoint in comfort even for larger hands. 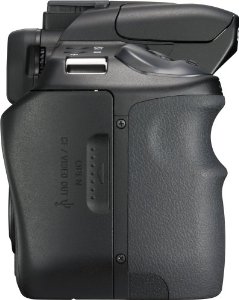 My medium sized hand has room to spare on the grip, including my fingertips. A battery grip is available for this camera effectively doubling the battery life and giving you a comfortable portrait position to hold it with, if you wish. Newer Sony Alphas don't have that option until you get much higher up in price, like the A77.

The A200 uses a single CF card slot. This means that two types of media can be used on the A200. I use a CF to SD converter in which the SD card slides right into the converter itself. I've got no issues using a 32GB SDHC class 10 card in the A200, but if I want to use a CF I can do that too. When you have an SD slot, all you can use is that format. 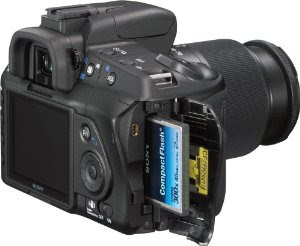 Another unique point I'd like to make about the A200 is its Jpeg engine. There's lots to tell here. First of all, Sony allowed an NR off setting on the A200. Although there is still some NR being done on the Jpegs (reviewing raw files tells the truth), the NR is extremely minimal and not invasive. This gives the end user more choice on final processing with Jpegs both in camera and in post. But that's just the starting point with the Jpeg engine.

With a 10mp CCD (as opposed to CMOS) sensor, the output at lower ISO's is quite remarkable. Large pixels and that "CCD" look, add to the relatively conservative and accurate processing from the A200. Micro contrast and punchy colors make the images shine, right out of camera. There's a signature on the output that is subtley genius, and of good taste. 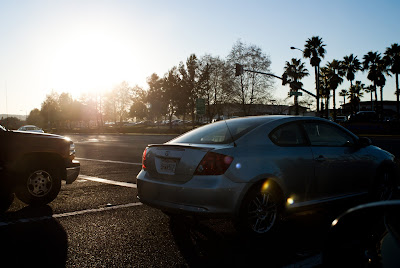 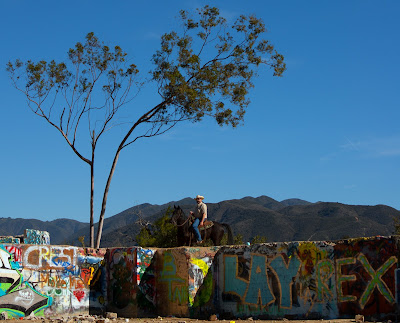 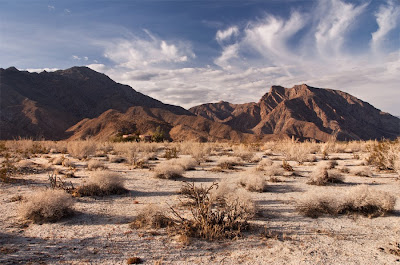 Another mention is the B/W output. Out of the hundreds of cameras I've tested or reviewed since I first bought the A200, I think the A200 has some of the best looking B/W Jpegs of any camera out there. Of course that means you make some adjustments in camera to get them but even after quite a bit of fiddling with other cameras I just can't quite seem to get images that look the same as the A200. 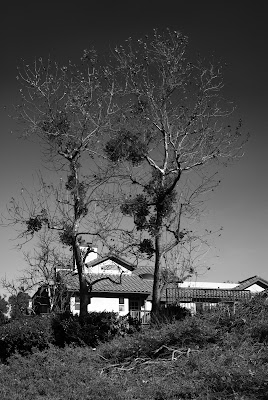 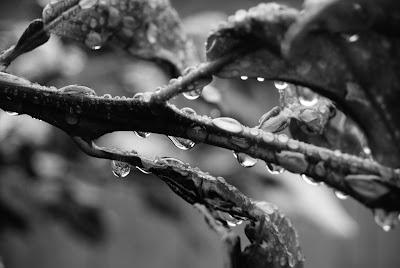 And lastly I'd like to mention a few other things I like about the A200 that endears it to me, and it's best to make a list with bullet points so as to make it seem very professional and impactive to the reader. :)

Now onto things that are slightly annoying, or moderately annoying. For the moderate ones, I'll just include an asterisk next to them so they stand out. This is a relatively small list, which coincides with my overall approval rating of this camera. 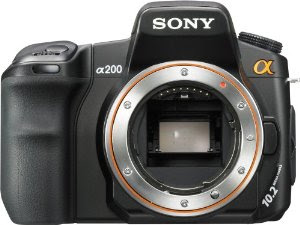 Lets face it. The Sony Alpha A200 on paper is not an impressive camera anymore compared to modern cameras. In hand though, the A200 is a sort of refreshing, simple, back to basics DSLR (with a moving mirror and optical viewfinder) that has excellent image quality from Raw and Jpeg, and won't bust your wallet.  I can't help but think if the A200 had the A700's viewfinder and a depth of field preview button just how successful it would have been.

As it was, the A200 sold a lot of units and thus is widely available on the used market. If you want an inexpensive and back to basics digital SLR, the A200 is a good choice for those who've invested in A-Mount glass as long as you don't need some of the more advanced/standard features of SLRS/DSLRS. And, it's just a fun camera to use too. I shouldn't have to remind readers just how rare that trait is nowadays in camera design. Sometimes simple is just the best.

Be safe and happy shooting!