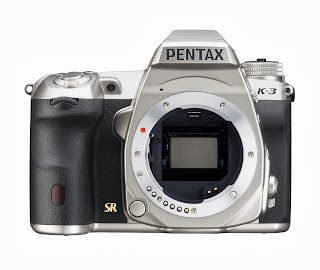 Pentax has announced its highest level DSLR to date, the new Pentax K3 DSLR. It sits above the similar styled Pentax K5 II/S models and features the most advanced auto focus system and highest resolution sensor from any Pentax camera before it. Pentax has long been a favorite of mine in that they make cameras that provide nearly every item an enthusiast wish list could want, and every year they keep adding to that list. The K3 adds quite a few substantial upgrades over the K5 including more resolution (24mp vs 16), higher frame rate (8.3fps vs 7fps), larger viewfinder view (.95X vs .92X), larger LCD screen (3.2 " vs 3"), and much more enhanced video options for those who do that stuff.

Styling again, is very similar to the K5, which I believe is intentional. The K5 has been very popular for many reasons, and styling is one of them. However, lets not forget the camera that started a real big change for Pentax, the K7. It's styling/build is really the grandfather of 4 subsequent models now (K5, K5II, K5IIs, and K3), which tells you just how right Pentax got the K7 in the first place. 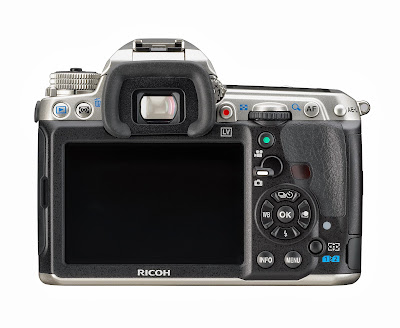 I tend to prefer the styling of the K7/5/3 cameras over the more organic styling of the other makers. Straight lines are easier to work with than curved ones in the field. They lead you to buttons and dials easier when you don't have your eye on the camera. And the K3 is loaded with external controls on nearly every side of the camera. 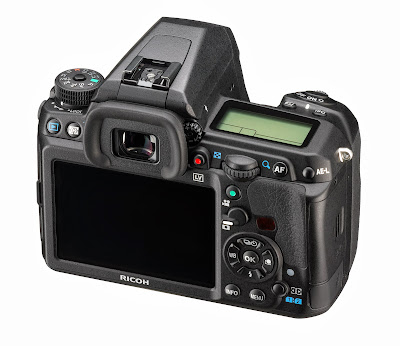 The LCD on the rear is now a 3:2 aspect ration vs. the 4:3 aspect ratio of the K7/K5 lineup, to which I prefer overall. The K3 looks solid and well sorted (bar the odd placement of the AE-L button) for the most part which is again very similar to the K5. 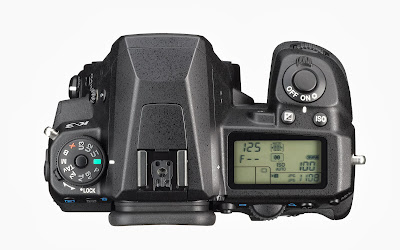 The lines of the K3 are even flatter than the K5 cameras, giving an even greater sense of form following function design that I like about Pentax cameras. It looks to be a bit bigger and heavier than its lower end models, which I would expect, however compared to rivals is much smaller overall.


I look forward to reviewing the K3, it looks to be quite a fun and capable DSLR- one that is modern, practical, and tough. I'll write more on the K3 as soon as I get a review sample to work with.

p.s. Oh yeah, I almost forgot. The K3 uses its shake reduction to eliminate moire effects too (there's no low pass filter on this sensor). How about that for innovation? Leave it to Pentax to show the big boys how to do it.
Posted by Carl Garrard at 6:50 AM