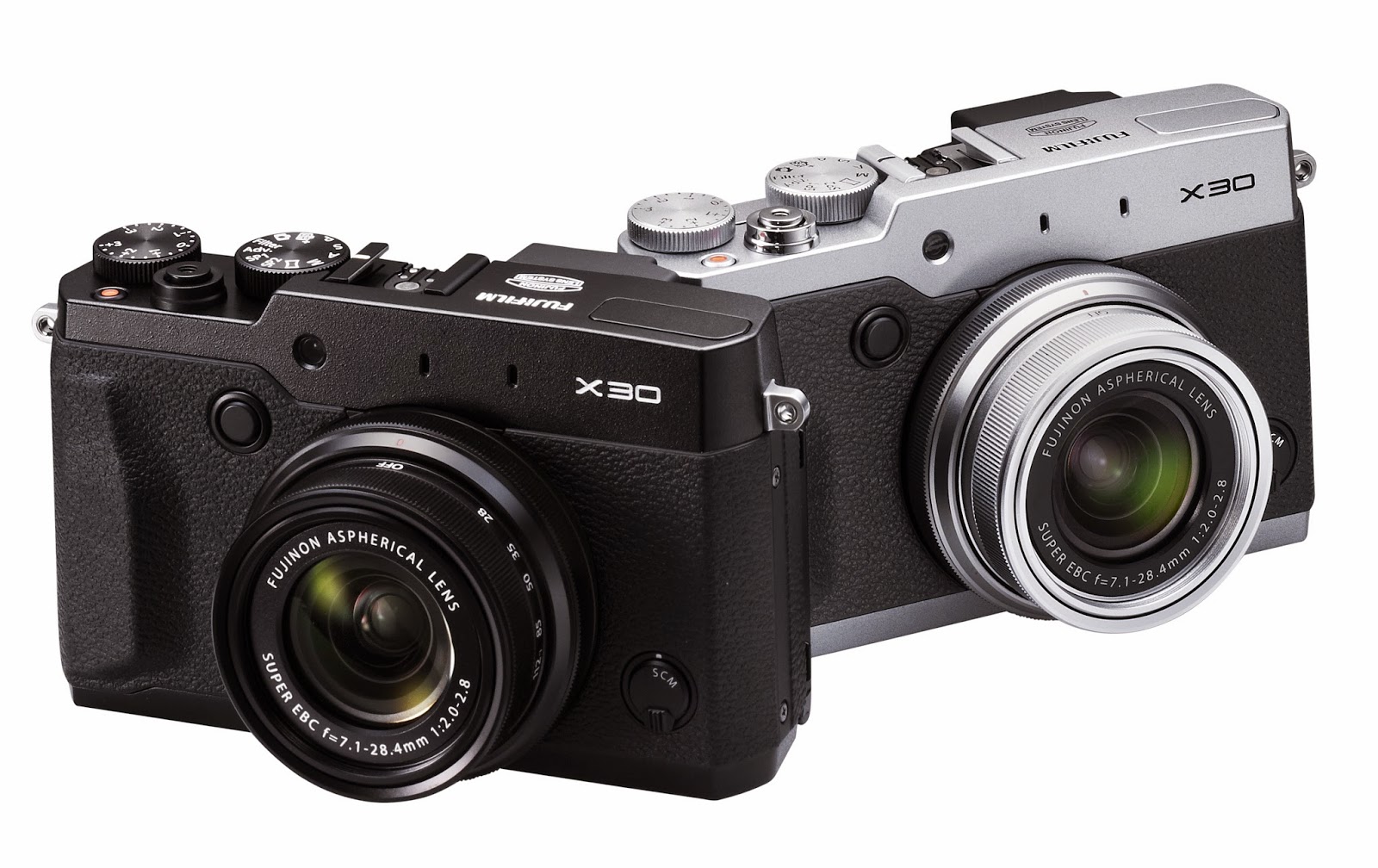 Oh yes its here. I'm a little bit excited too. This is the enthusiast compact I've been waiting for. Something with a larger than average sensor, built in EVF, fast sharp lens, great external controls, excellent build quality, and a flip up/down LCD panel. Fujifilms new X30 may not seem a radically new camera to some, but to me, all the little improvements add up to a major difference. The new X30 has a second generation 2/3" sized sensor and processor- which gives faster performance and improved image quality. It's also quite handsome and small enough to bring everywhere. Although this segment is quite competitive, I think the X30 carves a niche and might just offer the best all round design/package in its class. A full review is forthcoming. I can't wait to use it out and about. First impression thoughts ...

I'm a big fan of the idea of an all in one camera I can take anywhere. Fujifilm is apparently in tune with others who also think like me. Progressive development has always worked for camera companies- take a good idea, make it, listen to feed back, improve it, make another... and so on. While the X30 may lack some shock value to some, I prefer a camera design that matures and only gets better. The X30 seems to promise just that, and I'm very excited about this camera and what Fujifilm have been doing lately. Of all the companies out there right now, it's my opinion that they seem to be very much in touch with the enthusiast crowd. They are growing their system camera line well (bodies and lenses at equal rates), producing wonderful superzooms, and of course serious compact cameras like the X30. 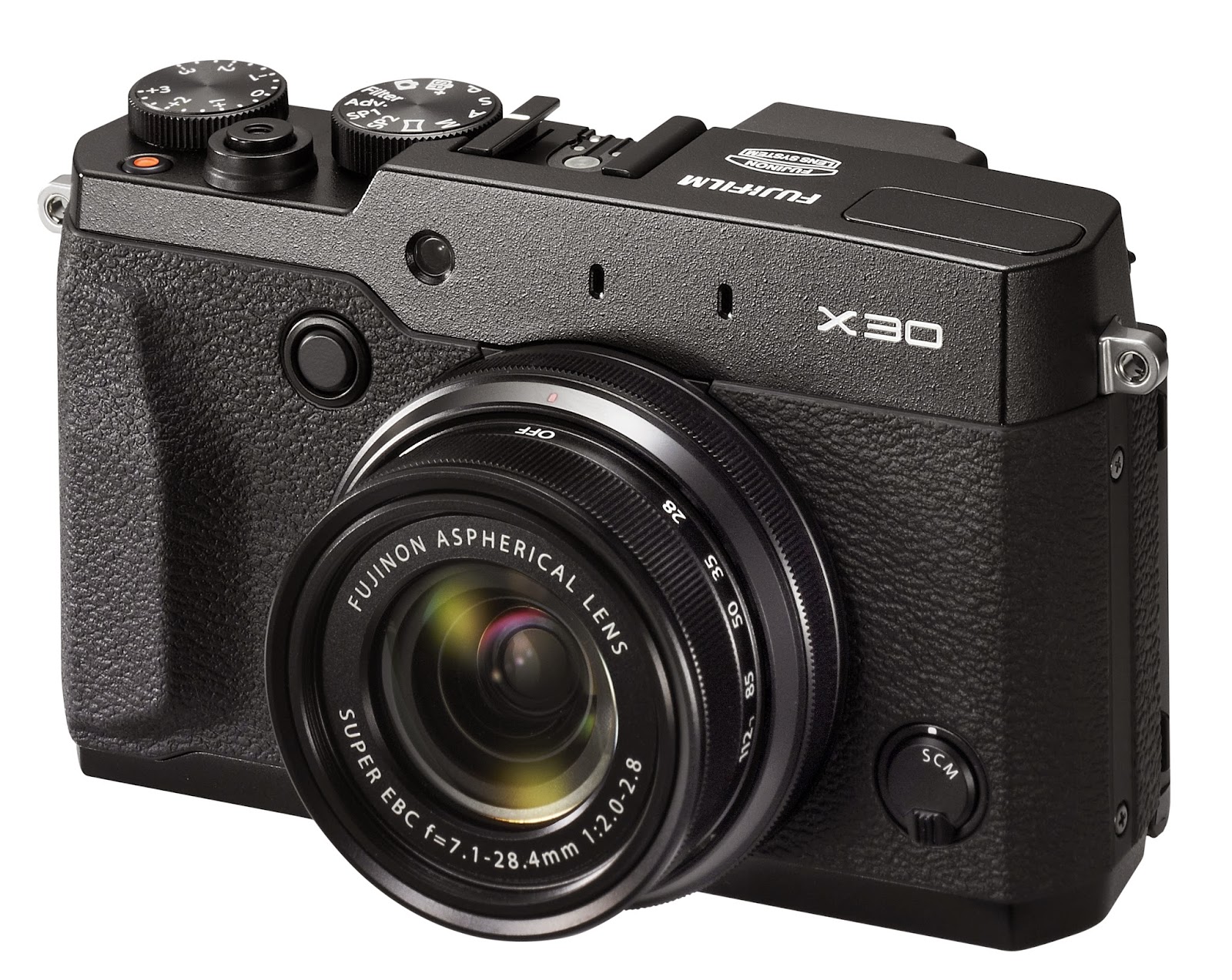 Some may scoff at the lack of an optical finder, the X10/20's was certainly the best I've seen on a camera of this class, but after using the nex gen EVF's, such as the one in the X-E2 (which I am evaluating right now), and the X-S1, I may have to start letting go of my idealism in regards to optical finders. The new EVF's are just that good. Don't get me wrong, I still love optical finders- and prefer them, but only if they can keep up with the EVF's in benefits overall. The X30 while seemingly a variation of tradition, may just be more of what we can expect from the future- like it or not. I see a very balanced and well thought out package in the X30 and think it's going to win over a lot of photographers. Likely you can expect that almost all of the weaknesses of the X10/20 have been overcome with this model and that is an exciting proposition no matter how you slice it. 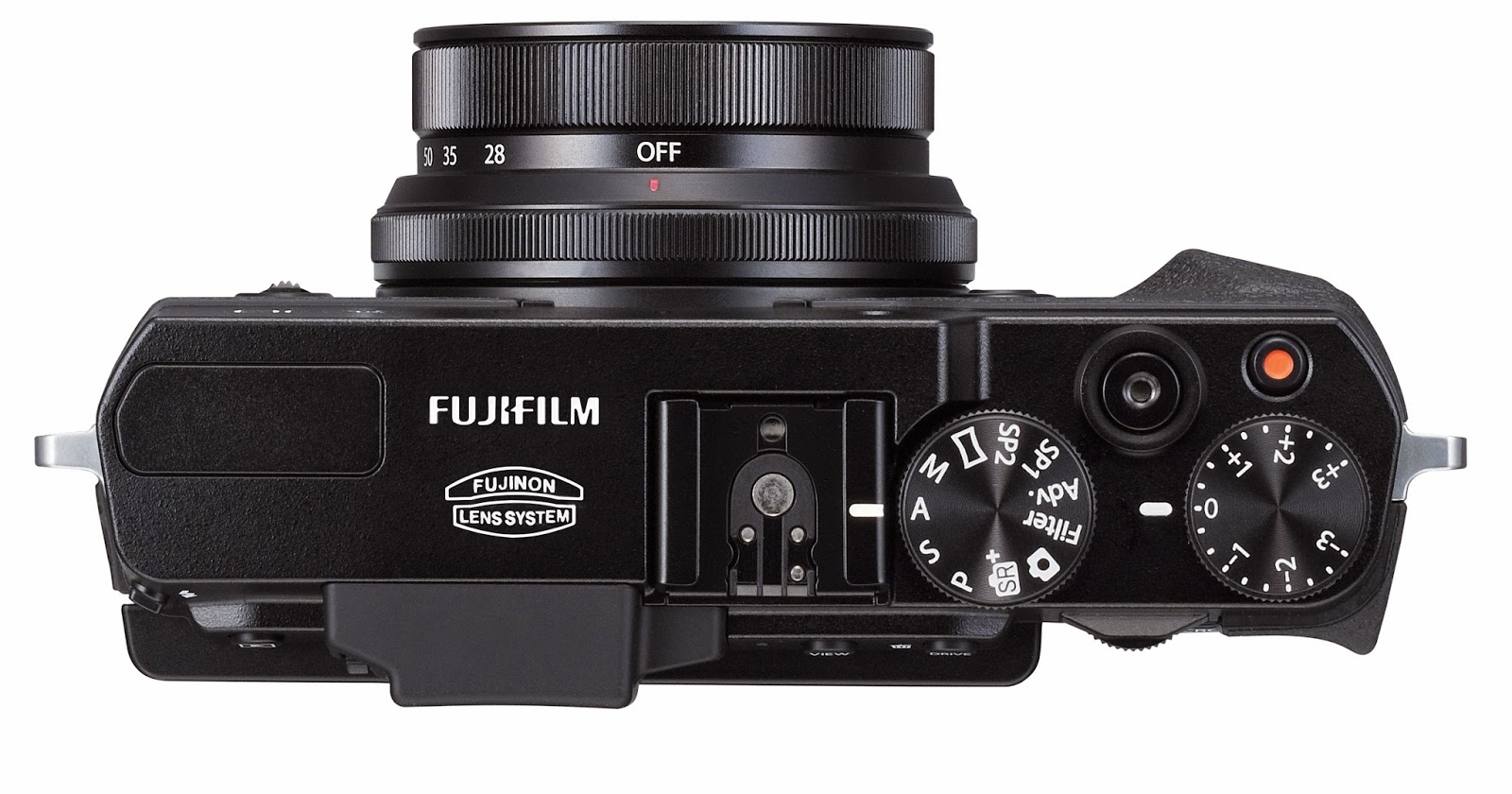 Already the X30 gets the most handsome camera in its class award from me, by far. But we know looks aren't enough, brains matter too. Right? I mean, they do... right...?

The FUJIFILM X30 gives enthusiast and professional photographers a vast array of new features, and delivers the same award-winning image quality and design that the FUJIFILM X-Series is known for around the world. The new X30 features a Real Time Viewfinder – which is the largest, brightest, fastest and highest resolving viewfinder in its class*1 – a large 12MP 2/3” X-Trans CMOS II sensor, EXR Processor II and a new ‘Classic Chrome’ film simulation mode that delivers muted tones and deep color reproduction for beautifully dramatic images.

The X30 also includes a large tilting 3.0” 920K-dot premium clear LCD monitor, increased battery performance, and a strong, yet lightweight, die-cast magnesium alloy body that is superbly designed to add a real sense of style and elegance to the camera.

Vision and speed
The new FUJIFILM X30 uses an innovative Real Time Viewfinder with a large magnification of 0.65x*2 and a display lag time of just 0.005*3 seconds that is the largest and fastest viewfinder in its class. It offers a clear, high-definition Live View with a new 2.36M-dot organic EL viewfinder and dedicated lens that improves visibility by automatically controlling the viewfinder’s brightness according to the ambient light levels. The Live View display can also be set to reflect shooting conditions, or offer a natural view close to what is seen with the naked eye, while the viewfinder’s eye sensor automatically switches the visible information when the camera is positioned vertically or horizontally.

The FUJIFILM X30 uses the award-winning X-Trans CMOS II sensor with phase-detection AF and the EXR Processor II to give photographers high-speed performance, amazing resolution and low noise for extraordinary images. The X30’s phase-detection system focuses in just 0.06*4 seconds, has a startup time of 0.5 seconds*5, shutter time lag of 0.015 seconds, and shooting interval of 0.5 seconds.

High precision F2.0-2.8 4x manual barrel zoom lens
The FUJIFILM X30’s lens is made up of 11 glass elements in nine groups, including three aspherical lens elements and two ED lens elements. The result is an ultra-bright lens with a wide-angle maximum aperture of f/2.0 and telephoto maximum aperture of f/2.8 for beautiful, high resolution images. Additionally, the X30’s lens incorporates seven diaphragm blades for stunningly soft ‘bokeh’ to make your subject stand out from the background.
The X30 has an optical 4x manual zoom lens that allows quick and precise control over composition. The X30 also has a unique image stabilization mechanism that shifts five lens elements to compensate for camera shake by up to four stops*6. The innovative image stabilization system also effectively prevents motion blur while stopping vignetting and loss of image resolution that usually results from shake compensation.

The new FUJIFILM X30 now includes two rings on the lens: a manual zoom ring and control ring. The control ring is positioned behind the manual zoom control and allows the immediate change of aperture and shutter speed settings while fine-tuning image composition. Functions such as ISO sensitivity, film simulation, white balance and continuous shooting can be assigned by pushing the control ring setting button at the front. Two top-plate dials and six function buttons positioned on the back of the body also offer faster access to regularly-used features for a more instinctive operation.