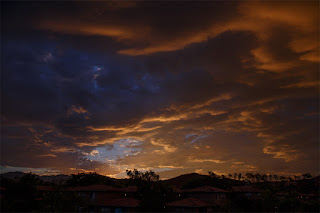 This photo was a quick grab with my Canon 6D early in the morning when remnants of Hurricane Lidia reached us from Southern Baja, California. I took several shots in the morning with two cameras, my Leica M8 and the Canon 6D. I realized later on that my clock on my 6D is one day ahead. Both were shot on the same morning, you can see the clouds are the same in the central area. Interesting how both cameras rendered the scene so much differently. I think I'm going to have to go with the Canon 6D shot here as being my favorite, perhaps because of the wider 24mm vs. 45mm perspective of the M8, and richer mid tones. I wanted to share my favorite sunrise I've taken all year with two different cameras. 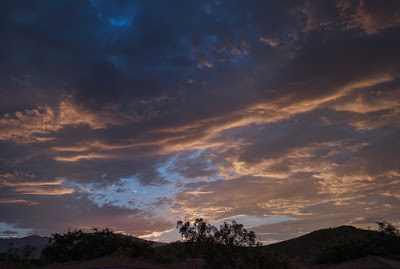 Here's to chasing sunrises and those once in a lifetime moments!