SEARCH BLOG FOR ANYTHING HERE!

Fujifilm X-E3 Preview: If you found this article, then you probably like rangefinder cameras. Fujifilm's X-E3 offers a host of progressive upgrade of capabilities over the X-E2 series, and a couple of trade offs. If Fujifilms best image quality matters most, then likely it's going to be a camera you'll want. I'll be updating my blog with a detailed head to head comparison between the X-E2 and X-E3 in my full review, but this article is a quick but informative run down on it's design. (If you'd like to donate here you can, or check the price at Amazon below, even if you don't buy one it really helps me out!)

Fuji's X-E3 upgrades to the latest sensor and processor, rearranges the handling a bit, and keeps most of the basic qualities of its predecessors that make this series one of its most beloved. Currently I'm working on an XPro2 review and I can tell you that the 24mp X-Trans III sensor has yielded an impressive demonstration of image quality and makes a nice upgrade for the X-E3,  hands down.

Additionally, the ability to shoot raw files at all ISO ranges are another important upgrade that can't be argued. It keeps the same LCD screen and EVF from previous models, which are both really good in their own rights. I would have liked to see some sort of upgrade in the EVF in terms of magnification and panel quality considering the price of this camera, but both are well enough. 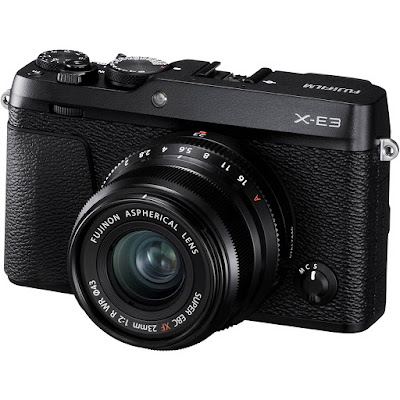 Handling has changed, but I can make only limited comments at this time without an X-E3 in hand of course. That aside, there have been additions and subtractions to the camera body and most of these occur on the backside of the camera. On the front side a control wheel was added and the AF assist lamp has been re-positioned (this is without a doubt a much better placement).  The addition of a joystick and reduction in buttons on the backside of the camera will indeed change the way you use the X-E3. Touch screen capability is likely to open up new users to the X-E series cameras as well, which is likely why they included it. 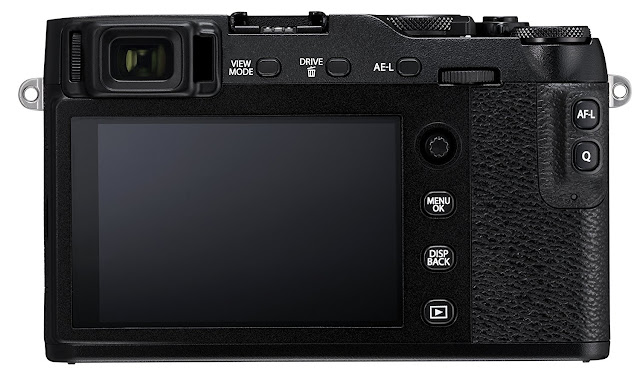 Just looking at the body I can tell you that I love the change of the AEL button position. It would have been more logical to have the delete  button right above the playback button however, since this is accessed quite frequently, and easily with the thumb. Same goes for the drive button, so I'm not sure what Fujifilm were thinking here. I'm sure the next iteration will get button movement changes just as the X-E1 did to the X-E2.

I'm not sure how much that front dial will get used considering the camera has shutter speed and aperture manually (if you have a lens attached with an aperture ring), but its there and not really in the way of anything either.

The rather large exposure compensation dial made it over from the X-Pro2 which I thoroughly like, including its C (custom) position. The X-T20's Auto switch adds to the manual control stable. Overall the impression of the X-E3 is one of bringing it more current with technology and speed, while allowing more modern ease of use options like a touch screen and auto mode. Not sure if I'll get along with the lack of the four way control pad being removed or not, that will come by handling the camera (which will come soon).

So basically what we have here is another progressive upgrade over the X-E2 series. What appeals to me most about the X-E3 is the sensor it has. Not that the X-E2's is bad by any means, but the added resolution, more appealing grain structure at higher ISO's, and slightly better dynamic range certainly make this a tempting upgrade for me. That said, handling is a huge thing for me so a few things remain to be seen here.

I'm not sure how the front and rear grip are going to feel compared to the X-E2 (which I prefer to the X-E2s actually). Also, that rear control wheel is a question. The one on the X-E2 feels great when you push it inwards, it gives you springy feedback and a nice click when you press it in. The one on the X-E3 looks similar to the X-Pro2 which has poor feedback and feels extremely spongy. If this is the case I won't like it. The AEL lock buttons placement is perfect, right under the thumb, so I know I'll like that.

Also the AF assist lamp is out of the way and more center to the lens, it should have been there on all the X-E series cameras from the start. The lack of a built in flash is a little downer on the X-E3, I don't see the reason to remove it just for the sake of making the camera look a little smaller. I won't need to test it to know that I appreciate having the ability to use a little bounce flash, in camera.

My comments and observations about the X-E3 speak volumes for the layout and overall recipe for the X-E2, which is a remarkable and fun camera to use. Very well sorted and my current favorite rangefinder styled camera to date. All handling comments are subject to change after using the X-E3.

p.s. Sharing my article links and donating to the site are very much appreciated. The internet has become more saturated than ever, so every little bit counts. Thank you!

Want to Support Me? Donate Here (Blue Link Below)

SEARCH FOR ANYTHING HERE!

Fujifilm X-PRO 1 Review: A Decade Old, Better Than Ever

Fujifilm X-PRO 1 Review: A Decade Old, Better Than Ever June 2022, Carl Garrard Hope you don't mind, but I think a little reminiscing is... 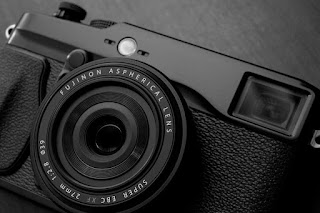