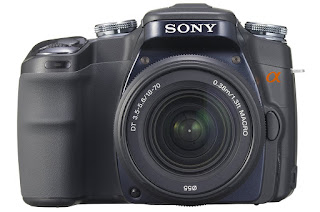 Wrapping up 2017 here is a short tribute to a camera that I was (and still am) very fond of. Back in 2006, when in my digital 'career' I decided to graduate from fixed lens cameras such as the Sony V3, F828, and Sony R1, to a DSLR platform. I had to choose if I was going to stick with the Sony brand I was familiar with  or start fresh with a completely new DSLR brand. Sony cameras had helped me kick start a very decent fine art sales income back then. I felt comfortable using the brand and was more than happy with the quality of images coming from them. So, when Sony made an exciting announcement (on the heels of a sad Konica Minolta announcement) of acquiring the Konica Minolta camera division in late 2005, it pretty much was a no brainer that I'd end up purchasing their very first DSLR.

Sony's Alpha A100 was basically a rebadged Konica Minolta 5D, with a new sensor, some slight handling changes, and a menu rework. Most of the magic of the 5D was in the A100, at least in terms of its handling, whilst the new 10mp CCD would be one of its more controversial topics. Also, performance of auto focus and overall speed didn't change either. Sony wanted a DSLR with their name on it and wasted no time in getting one out there quickly. The Alpha A100 was born. 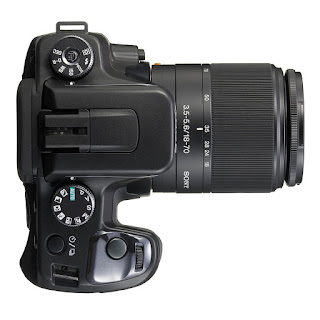 I liked using the A100, but had very little experience using DSLR's from other manufacturers to any depth. I had plenty of SLR experience, but DSLR's were a new thing to me. Luckily, it competed well in the mid level market at the time and ended up being a reliable, compact, and capable DSLR for the tasks I needed it to fill. Image quality at low ISO's from its 10mp CCD was simply superb at the time, as long as you mated it with a sharp lens. I've got a few 20x30" prints from this camera on my walls still to this day. I sold many prints at that time, and nobody ever complained about the quality of my work. Those days were good.


It went everywhere with me. To the Sierra Nevada's to Sedona Arizona, all the local mountain peaks and So Cal beaches, the local foothills, mountain bike and hiking excursions, you name it. It was my little pal. I knew the Sony A100 like the back of my hand. It's little quirky noises, loud auto focus, and clunky sounding built in image stabilization unit. It had character, just as the 5D did, but in a quirky sort of Sony way that I liked. They weren't always the best cameras for the task, but Sony cameras at that time had a certain something that really made them fun to use at times. I think part of me enjoyed not getting a Canon or Nikon camera like everyone else had. I think I had a soft spot for the underdog, always did, always will. Truth is, I never felt limited using Sony cameras, and they performed well for me. Sony's Alpha A100 was no different. How I miss it so.

Shortly after my purchase and dedicated photography time with the A100, I was meeting often with the folks at Sony HQ in San Diego/Los Angeles for press events and private events I had to sign NDA's for. I and a close friend, had started a now abandoned website just for Sony DSLR users, called AlphaMountWorld.com. Of course it wasn't the only dedicated "A Mount" website out there at the time, but one of the very few dedicated solely in the USA to Sony DSLRS.

I remember sending my A100 in for a new grip, since it was peeling on its edge and driving me crazy. Sony took my trusty A100 in, re-gripped it, cleaned it, and made it feel like brand new. I kept it, and used it for a few years after; and finally sold it having moved on to the A700, A850, and A900 cameras. I can't count how many times I wanted to sell it, but didn't, and honestly I didn't know why I was compelled too. I remember regretting selling it. At that point, it had become endeared to me, a trusty friend that got through so many adventures without ever failing on me. It was beyond a nostalgic relationship at that point. Luckily, a very good and trusted friend bought it and to this day it still remains in his possession. How cool is that?

Sony's A100 had charm. It was a smaller DSLR, mediocre by todays' standards, but somehow managed to help me make some really  nice images without  most of the modern conveniences we have today with our cameras. No live view, no video, no touch screen, mechanically driven auto focus, no in camera auto focus adjustments, and a very average optical viewfinder. And in a way, the fact that it had less, made it more. It took a bit more skill to get it to do what I'd expect of a camera today, and that was just fine with me (and still is).

Sony's DSLR division has pretty much moved on. A heartbeat still exists for the A-Mount, but seems to be fading pretty quickly now. Sony has gone full bore with mirrorless and aren't looking back. For nostalgic feelings, I still take a look at them in the used outlets out there and wonder what it would be like to re unite with one, and tread over the old grounds together. Maybe one day, I'll get one for my daughter. Perhaps the same one I sold to that trusted friend who has kept such great care of it over the years.

Thanks for contributing to making great memories, old pal.

Feel like this review was worth a little donation? Donate here:
https://www.paypal.me/photographiccentral