Sony, Preseason is Over. 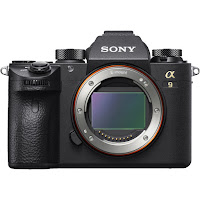 As I foresaw in early September, Photokina 2018 will go down as historic, and epic. I was saying this before all the YouTube channels fired up and realized the same thing. Officially Photokina isn't even here yet, but Canon and Nikon and now Panasonic/Sigma/Leica are all going to be competing against Sony in the full frame MILC market. How things change fast in a month for Sony. After having that spot in the market for five full years alone (come this Oct), suddenly that space will be very crowded. And not just crowded with mediocre players, we're talking the big dogs here. Sony had five years to grow their FF lineup, and it took them nearly that long to produce two cameras that finally are meeting pro requests and requirements they were asking for all along. So, has Sony used that time wisely to gain a five year head start, or is that head start not nearly as big as they might think it is? It's not a simple answer.

First of all, Sony has made the mistake thinking that winning the market is nearly all about the product alone (camera/lenses), i.e. especially specifications, and making little victories on those specifications. Plus, Sony have moved painstakingly slow getting to the point they have according to many professional comments I've seen out there in the last five years. I think the near lack of any competition (none if you discount Leica) probably ended up hurting them more than helping. Why?

While Sony enjoyed the solo ownership of the FF mirrorless market for half a decade, it's obvious that Canon and Nikon were paying very close attention to what users want and need (this will become MUCH more obvious on their next product cycle, not so much the first). Even more, we now know that Panasonic and Leica (and Sigma) were also paying close attention. This announced consortium will show a good portion of their playbook, and very well may be the dark horse of all the entries into this market. Panasonic were first in mirrorless, respected the most for video, and combining those efforts with Leica and Sigma are going to put serious heat on all the competition. While this is not good for Sony, its good for consumers, so they say.

If anything, the competition amongst them may finally drive camera makers to address the last frontier of camera making- the user experience. Specifically, handling, ergonomics, and the overall joy of shooting with a device. Technology is now all there in spades, diminishing returns are the name of the game in this area going forward. Consumers want more focus on the enjoyment of using the cameras by organizing that technology into a body that is very user friendly. That is an area that Sony seems to struggle in.

So, what now? Sony, you need to turn your customers voices up to volume 11. Invest heavily into customer service, pro needs, and don't turn a single blind eye to them. If you don't create brand loyalty like the other big makers have, they will over take you. It's as simple as that. The regular season has started this year, preseason is over. It's time to play ball going forward and show that you can consistently be the market leader your announcement earlier this year claimed you to be.

Sony' team is  1 vs.3, and, those three are all highly skilled veteran players.

And don't forget, we haven't yet even heard of what Olympus or Pentax will be doing in the next year or so. Likely both makers needed to see what everyone would announce this year, before making an investment into any changes in their marketing strategy. They are the smaller companies that have to make very careful and calculated moves. Maybe the best move of all is not moving, since the markets they are currently in will have much less competition going forward.