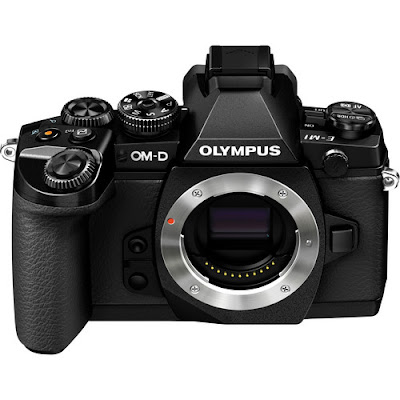 With 2018 almost out of the way, I've been paying extra close attention to the camera market lately. As many of you know, the camera market is over saturated with excellent cameras and excellent used deals. Prices on excellent cameras drop faster than a Tito Ortiz k/o over Chuck Liddell. No matter what brand/mount you are looking at, used deals can be found everywhere. With the camera market clearly shifting a large portion of it's efforts to full frame mirrorless, it's time to consider what your needs really are as a photographer. Large in part, I've always ignored m4/3 as a serious system because of its early day image quality based on the sensors they used at that time. All this changed for me when they introduced the OMD EM5 in 2012 with its 16mp sensor, but like many of you, I was already fully invested into larger sensor systems. Today I rethink it all.
OMD EM10 II Value?

Four thirds sensors have reached what I call the point of diminishing returns as far as sensor quality in the industry. What I mean by that, is there's this sort of invisible line of practical image quality that we all  need for most photography. Olympus and Panasonic sensors have reached that point for some time now obviously, but now, prices of bodies are so good on older cameras (and even some really new ones) that the exceptional glass both companies offer really makes more sense to invest in than ever. In short, the systems look much more appealing because the balance is definitely there between optical and sensor quality, and sensor quality will only get better from here.

What I like about the system is that generally speaking lens quality is higher than APS-C and FF systems, while being less expensive, smaller, and better featured. I don't have to stop down the lenses as much to achieve more depth of field or image quality, and that means I can keep ISO's pegged at base almost all the time. This means that high ISO image quality isn't nearly as important as others would have you believe.

The system is also huge, supported by lots of third party makers as well. And while there's some mock excitement generated by camera companies and the press about FF mirrorless, practically speaking I don't think those systems are affordable, or the right size for most photographers. The industry needs these new systems, but that doesn't mean you do.

For most people, the micro four thirds system would not only now be adequate, but probably offer more than they need. Using some of the more modern cameras and lenses lately, I've been convinced of both Panasonic's and Olympus's capability overall as a system. They offer a huge array of bodies and lenses that hit this sweet spot of practicality that frankly just wasn't quite there when the system was first introduced. But it's improved vastly, and the system has just about anything a photographer would need, for less, and in a smaller system.

Image quality from the 16mp and 20mp sensors especially has taken such a great leap forward, and will continue to incrementally get better. This means you can feel safe investing in the system because this department is covered. I know that suggesting investing in m4/3 now seems counter to what you'll read by the press and marketing from other makers, but think about it. Really think about it. Do you really need a full frame system? The grass isn't necessarily greener there, because all systems  have pros and cons. The key I think, is to buy into a system that has the best balance of price, size, and capability to your individual needs. I think with m4/3, it offers a better overall balanced system that would meet most photographers needs on a more practically balanced level.

To help you decide, I will be doing more m4/3 reviews on my site in the coming months highlighting certain bodies and lenses that I feel are the best used and new deals in m4/3. I've found an incredible amount of valuable and capable bodies and lenses in the used and new market that if you used, would really make you reconsider investing into bigger and heavier and more expensive systems. On top of that, you may even gain some advantages instead of lose them- which has been largely the way of thinking of many photographers about m4/3 and unfortunately continues to be.