Canon Powershot S100 Quick Review: Happy New Year! This is probably the first camera review of 2013. Ok well, yet another from my "quick review" series. These reviews are intended to keep your interest as long as possible while I'm getting to the point with unfiltered comments backed by years and years of combined photography and review experience. Are you still reading? Good! Canon's Powershot S100 is the third in the not so recently revived S series and quite frankly the best deal going on the market for a "pocket compact". At $249.00 now in some places (check my link) the S100 is a steal- which is why I bought one too. The price wasn't the only reason so read on.

There were many reasons why I chose the S100, and now have 4 powershot cameras to my name (G10, 12, 15 and S100). First and foremost this camera is aimed at enthusiasts with a big camera punch. Just a few reasons I chose the S100: A bigger than usual sensor for a compact (1 1/7" type) 12mp CMOS sensor, a near perfect focal length of 24-120mm and bright (on the wide end) f/2-5.9 aperture, front and rear grips, big 3" 460k dot LCD screen, raw capable, dedicated AF assist lamp, customizable controls and menu, unique front control ring (unique for a camera this size), ISO 80-6,400 range at full resolution in raw, and quite a few other reasons. This camera is meant for times when I need the very lightest camera I can bring, but still retain serious camera functionality.


And my first couple of days with this camera, are exactly that. A small yet surprisingly well handling pocket camera with nearly everything I need to make a great photo-without knowing that I've brought it with me. My G series cameras also do that, but there are times when I'm trail running, MTB racing, or just plain going out on the town that I'd like the lightest and smallest I can bring. At the price I got it for, it's quite worth it.

Right after I opened the small packaging for the S100 and took it out, I knew I'd be impressed. The S100 is much more impressive in hand than the images I've seen of it. First standouts- the lovely matte texture (nice and grippy), the (surprisingly) adequate front grip, quick and quiet power up operation, excellent mode dial tension, well built battery/card door, and overall quality of the S100.

The S100 feels like a mini G15 to me, and that's an impressively built camera. Ahhhh. I'm glad I got this one. I knew that after I got it all set up that I'd found the ultralight I was looking for and immediately put my mint condition Samsung TL350 up on Ebay (it is still up there as of the date of this article). Sorry TL, the S100 was just a lot more impressive in hand and I know the IQ is better (bigger sensor better processing and faster lens too).

I'm no stranger to the newer S series cameras either, as I have available to me an S95 to use anytime which, is the S100's predecessor and quite similar in many respects. However I've not used the S95 at any length of time and certainly I use a camera differently when its mine. Getting all the controls set up on my S100 made a big difference.


Here's how I set my S100 customizable controls up: The front control ring is set to using the step zoom option, and the customizable "Ring Func." button is set to AEL lock. At first glance I realized that I had totally missed that the S100 didn't have a dedicated AEL lock button. Had I noticed that when looking at the pictures (why that escaped me I have no idea, it's a huge deal to me) I may not have even purchased the S100 in the first place. So you can be absolutely certain that I was happy to see the S100 allowed me to customize that button as a dedicated AEL lock.

That aside, I love how the front control ring feels. It's super smooth and the clicks are positive and high quality. No wiggling or cheap feel here, greased metal on metal feel. That's nice too because I love the step zoom mode Canon included in this camera and the G15. I can keep my trigger finger on the shutter release at all times and zoom with my left hand if needed. That's control I can appreciate just like a DSLR (almost). And one further note, the control ring acts as a lens protector being slightly concaved and the lens recessed within it. That's good thinking Canon and attention to detail that makes me grin.

I've been using my Canon G15 for quite some time now and both share the same sensor and processor. So I'm very familiar with the output on the S100. Online testing shows very minute differences in the tested performance between the S100 and G15 so I pretty much know the IQ of this camera quite well (I'm doing a big review on the G15 so stay tuned on that one).


The S100 is excellent at all ISO settings in camera (80-6400) for what it is and it's sensor size. The minute difference in performance shows a bit in the low ISO setting for daytime photos compared to the G15. The reason for this is that the S100's actual ISO values are a bit lower than the stated value. ISO 80 in reality is more like ISO 64, which does give it a bit of an edge in the blue channel noise over the G15. It's not much, but I notice it.


I like the Jpeg engine in the S100. It is very similar to the G15 in that you can adjust sharpness, contrast, saturation, and high ISO noise reduction in 3 levels each. There's no NR off setting, but low is pretty low and barely passes my bottom line standard for a Jpeg. Still I'd like to see an off setting, and less NR at the low setting (the actual noise reduction is high for my taste, but probably low for many others).


Raw images look wonderful and are usable at every ISO setting. The S100, like the G15, has beautiful image quality from ISO 80-1600 and bests some older DSLRS I've used in the past with much larger sensors. Technology indeed marches on. How spoiled am I? I have said in many reviews that I like the 10mp and 12mp 1 1/7" sized sensors, and I'll say it yet again. I think if you can get a decent ISO 6400 Jpeg from a sensor that small, then well, I'm not going to complain. But to get a nice looking 13x19" print with very good dynamic range and color, and almost zero noise from the same sensor- that's even better.


Even in the lowest of light, the S100 kicks in with the AF assist lamp and seems to perform quite well. When I put the S100 on mute, I can take images of my sleeping daughter without her ever knowing I was there. I like stealth in a camera.


So yes, I approve of the S100's image quality indeed.

All around I am pleased with the S100. It's a close to perfect compromise in handling and ultra small compactness. It retains a lot of external and internal control for the serious photographer, yet will shoot just as pleasantly in full auto for the beginner. The 5x 24-120mm focal range is also near perfect and from what I've seen optically, it's quite good. 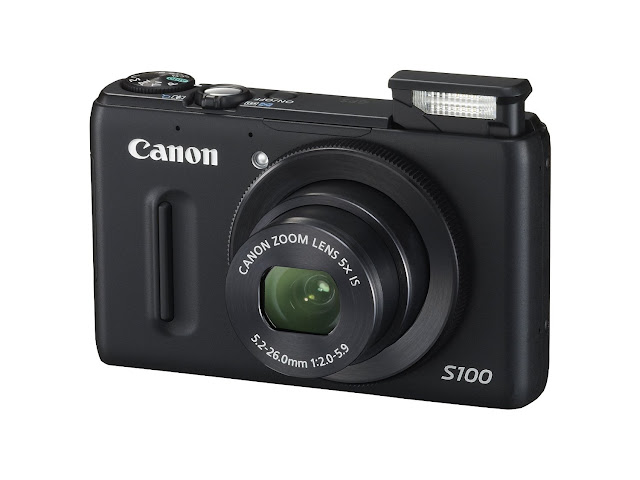 The S100 does macro, landscapes, low light, and street photography equally well. The lens is slow on the long end, but we are talking a very compact camera here. So for the S100 to still retain a bright f/2 rating at wide angle (and respectable f/4 at 50mm), I'm not going to complain. Besides, I have my G15 if I want a bright lens at the long end of things anyways.

Historically, the S100 in a way paved the path for the G15 with its sensor and processor, additional  ISO sensitivity, HI ISO noise reduction settings, new digital filters, high speed shooting, and HDR/Handheld nightscene auto stacking modes. So the S100 is sort of a trendsetting camera.  The G15 took it one step further in the bigger form factor with a brighter lens and added more external controls, a viewfinder, higher ISO setting, and a better LCD w/glass cover, but the two are very much alike. I like both cameras, and I find they tackle different shooting circumstances equally well without seeming to sacrifice their status as an "all rounder". Odd that, but it's quite true.

Battery life on the S100 is something you'll have to watch. I'm spoiled with DSLR's and the G series powershots, so topping off the battery before every outing isn't something I'm used to doing (nor thinking to bring a second battery). I recommend topping off at least before any shoot, and bringing an extra battery on extended outings with the S100. It's all part of the small camera compromise so it doesn't bother me, but its worth noting to readers interested in S series cameras. 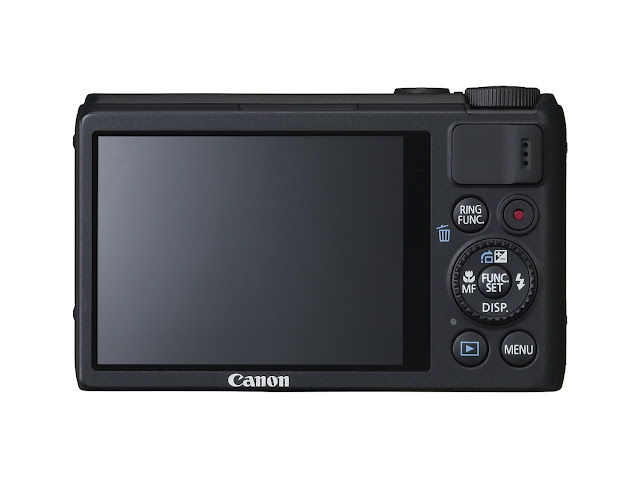 Build and handling are superb for such a small camera. It's a metal case and all the buttons click positive and the control rings move smoothly and surely. There is some craftsmanship emanating from the S100 that I can appreciate. The whole camera is finished with a durable matte exterior that adds a tackiness to the surface which aids in holding the camera and keeping it from slipping. I like that, plus I like a matte finish. It's a consideration for the working photographer I appreciate, and the S100 has many (which seems to be true for many of the enthusiast level powershot cameras).

My final rating for the S100 is a 9/10 total. Very few issues with this camera bar slow shot to shot times in raw (or Jpeg compared to competitors), no NR off setting for Jpegs, and a relatively slow aperture at full telephoto this camera is a keeper.  Remember, those are just niggles. As a complete product, there is no better pocket camera out there for the price right now than the Canon S100.

*My S100 did not fall into the voluntary recall that Canon issued on some early production models, fyi.

Be safe and happy shooting,

P.S. If you like this article, scratch your chin and ponder the idea of taking the quick link below to purchase the S100. I did the homework in finding the best deal on a new one on the net for you. Thanks in advance and Happy New Year!!!