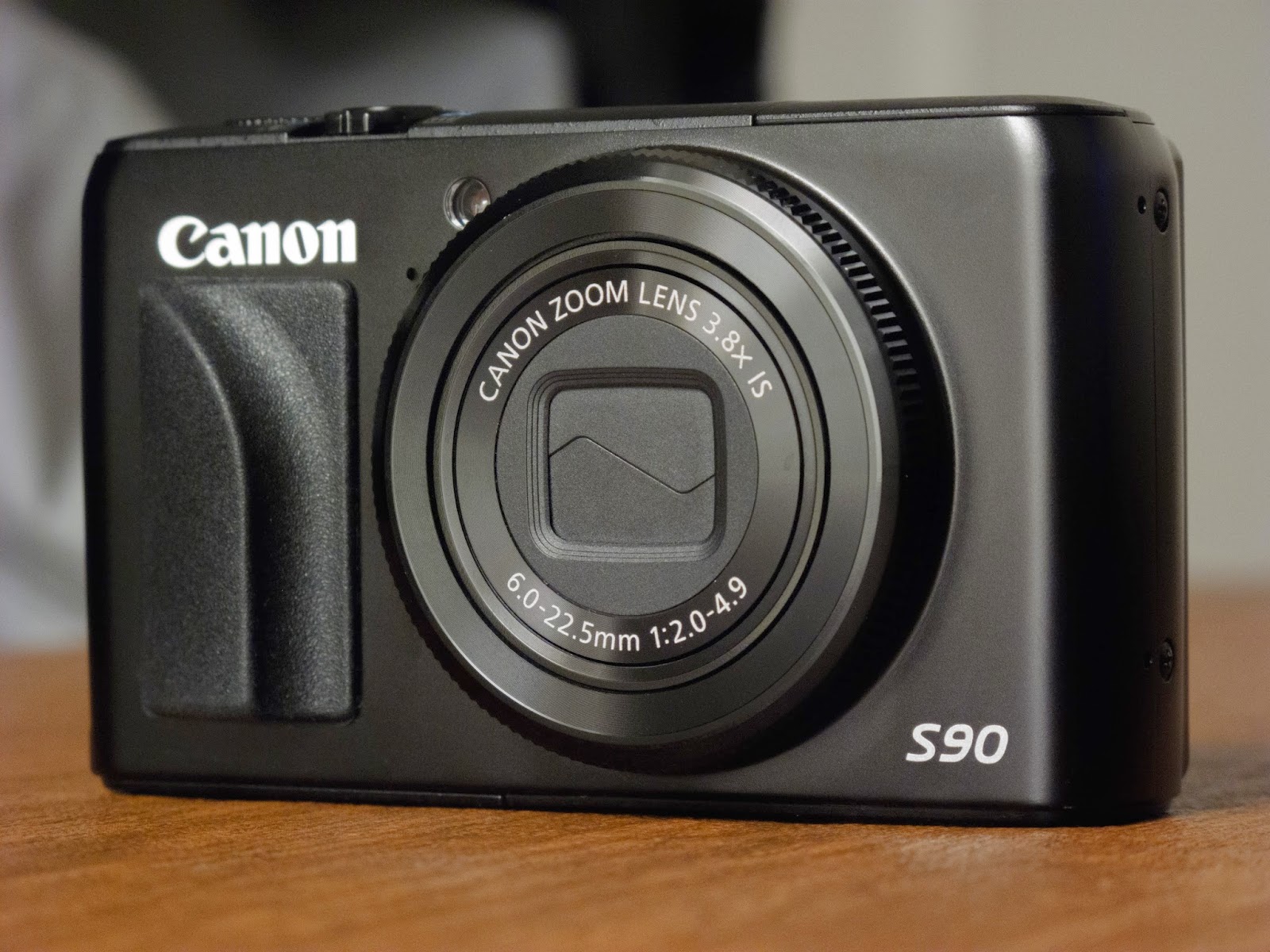 Canon Powershot S90 Review: If you are like me and keep a close eye on the used camera market, you'll see a lot cameras you may once have lusted to try out when they were announced, but just couldn't afford to buy at the time. Or, maybe you already were happy with the cameras you had and had a list of cameras one day you'd like to try for fun. Today's used camera market is a great place to shop if you want to try out a lot of different cameras, and there are especially good deals to be found on very capable cameras that can handle many photographic tasks the newest cameras seem to overshadow. But don't be fooled, they still do a great job! Today I'm going to talk about one good deal on the used market, the Canon S90.
Canon PowerShot S90

Canon's S90 was a breakout camera for Canon. It represented a truly pocketable enthusiast compact to compete with Panasonic's dominating LX series, only it was even smaller and had better image quality than those cameras, and, any other enthusiast subcompact zoom lens camera at the time. It's nearly unique customizeable ring, customizeable buttons, raw image capture, big screen, all metal build, large detailed LCD screen, and versatile 28-105mm f/2-4.9 lens made it an instant hit with serious photographers around the world.


Canon has come out with four S90 successors since, but at the heart of them all is the S90. Introduced at about $429.00 retail (U.S.), it wasn't cheap, but at that time plenty of photographers were willing to shell out that money for a small serious camera they could take with them anywhere. These days photographers have way too many enthusiast compact options than I'd like list here. Prices range new from about $200.00 to $2,000.00 depending on the brand and sensor size.


Yet, just because a new model comes out to replace an old one, doesn't mean an older model instantly becomes obsolete. Quite the contrary, some designs are good enough to last years or even a decade or more fulfilling photographic tasks. My opinion is that compact digital cameras that came after 2007 or so showed a marked increase in image quality over predecessors. So by that standard, I look for used deals on cameras often designed post 2007 era.

Canon's S90 can be found for amazing prices these days, but before I get into that, let's talk a bit about the camera itself and its specifications. Its best to know what you are getting for your money, even if you are getting a great deal. This list below is just some of what stands out on the S90 for me.


So what would you expect to pay for a camera with these features? How about $125.00 for an excellent condition S90? That's what I paid for mine buying from one of the best used camera dealers on the market (KEH). I added the Flipbac grip for 7 dollars more, bought from Amazon.

Now that's just the specs. The image quality is something to consider, I mean, what can a camera introduced in August of 2009 do these days compared to newer technology? Quite a bit as it turns out.

DXOMark may or may not be a favorite comparison site for  you. For me, its the only site that uses consistent testing methods for comparing raw image quality camera to camera. The total score is a mean of all the tests, and I find them generally relative and accurate having tested and reviewed so many cameras. In terms of total score, you'll get a good idea of how well a sensor will perform when compared to other cameras.

All the score means to me is a relative expectation of how well a sensor will perform. A score of 35-60 is what I expect from a compact, and 70+ from a DSLR. If your camera scores in those ranges, likely its a camera that can produce excellent image quality for the class of camera that its in. DXO Mark scores the S90 at 46, which is a pretty good score for a compact.


I find its image quality desirable overall with good to excellent looking raw files, all the way up to its highest ISO setting of 3200. Banding is non existent on the S90, something that DXOMark does not test for, nor is it included or influence test results. Sony sensors are the best tested sensors in this regard, and the S90 sensor is a Sony unit. This sensor was used in many enthusiast cameras of its time, including the S90's successor, the S95.

Now I do not base my conclusion of image quality on DXOMark's results, rather, I do my own testing of raw image quality from images taken in real world situations. Even after testing/owning/reviewing the newest cameras on the market, I can say without hesitation that the S90's raw files are excellent overall. Base ISO looks great, noise free, and ISO 3200 is definitely usable for 8x10 sized prints so long as you process from raw and expose your scene correctly.


Typically I don't print many images over ISO 3200, so I'm fine with the ISO range it has. It's bright aperture on the wide and, included image stabilization allow me to shoot in low light hand held. This is an important test/characteristic for yours truly, and, pretty much all street shooters alike.

There were some complaints about the S90's popup flash design, and its rear control wheel being too easy to turn. I can see how these issues would have been brought up, but I don't think they are as major as some made them out to be. A minor irritant in some circumstances, maybe, but not a deal breaker by any means.


Overall the S90 is a very affordable used camera that offers a lot of bang for the buck. I find it one of the best values out there. Some may argue that the S95 is the better option here, but when you are pinching pennies, I find much better deals can be had for the S90. It's also a sort of iconic camera for Canon- it was a dramatic shift in design compared to all the S series cameras that came before it, and motivated a lot of camera manufacturers to make better pocketable enthusiast friendly compacts. 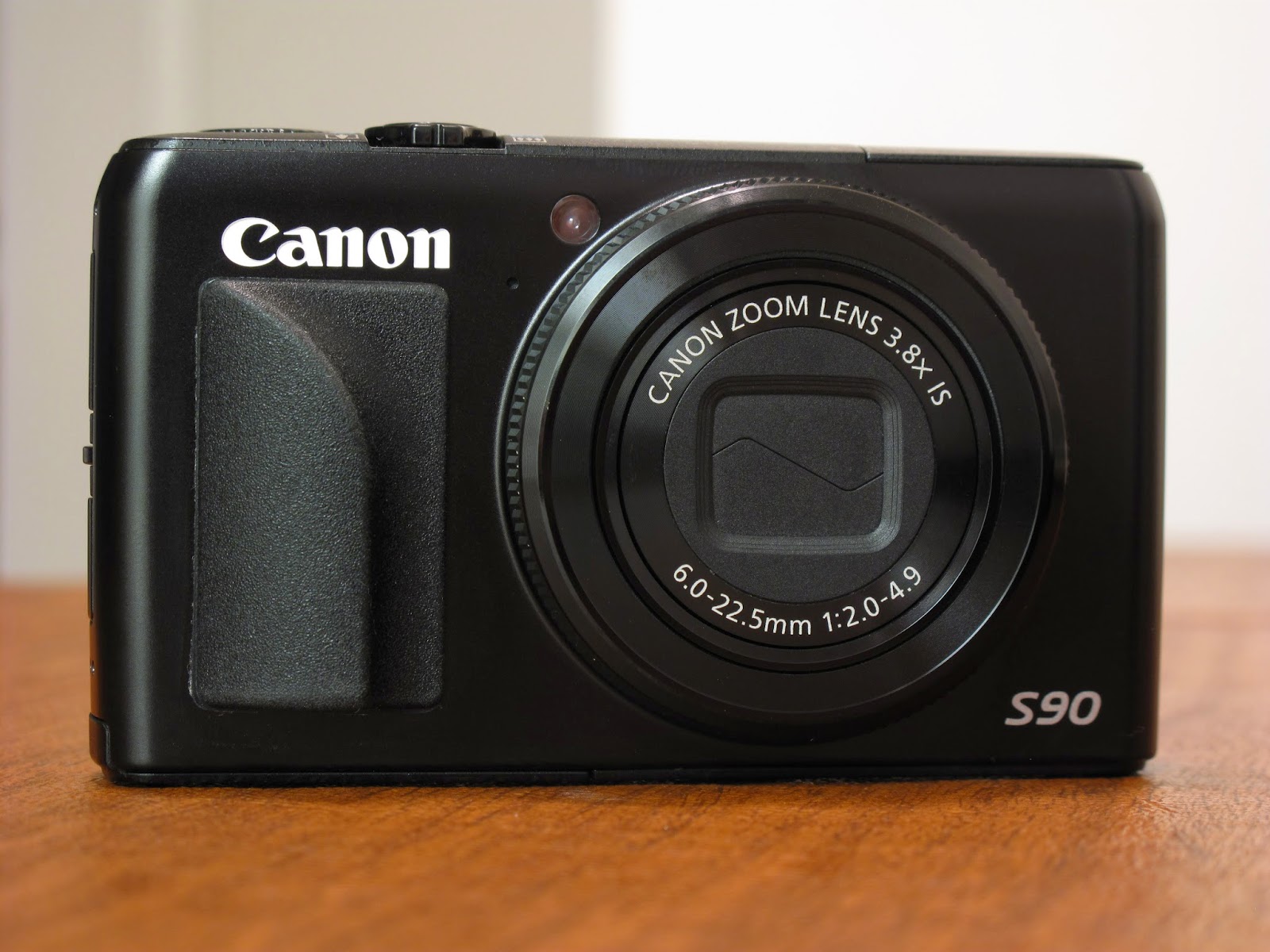 Shooting with the S90 is mostly pleasant, especially so when you add a grip to it. I'm not a huge fan of cameras this small, I usually find them fiddly to shoot with. However the S90 is chunky "enough", and with grip, actually handles well. I like the placement of the controls mostly, and especially like its menu's. Noteworthy is its centered tripod mount which is unusual for such a small camera. Since the S90 is equipped with a stitch assist feature, this helps for panorama shooters. Battery life is fine enough. Start up and shut down is quick, and general operations fast. It doesn't slow me down.

Mine currently serves as a camera ready in my car at all times. Its small, well built, cheap, and it has excellent looking images. It's a camera I don't have to worry about getting stolen or banged around, and its always there when I'm driving. For you, it may be a nice camera to add to your arsenal that you can bring backpacking, cycling, or any outdoor activity really. Or, the S90 can be a great camera to bring with you on a vacation. A great deal, in my book.