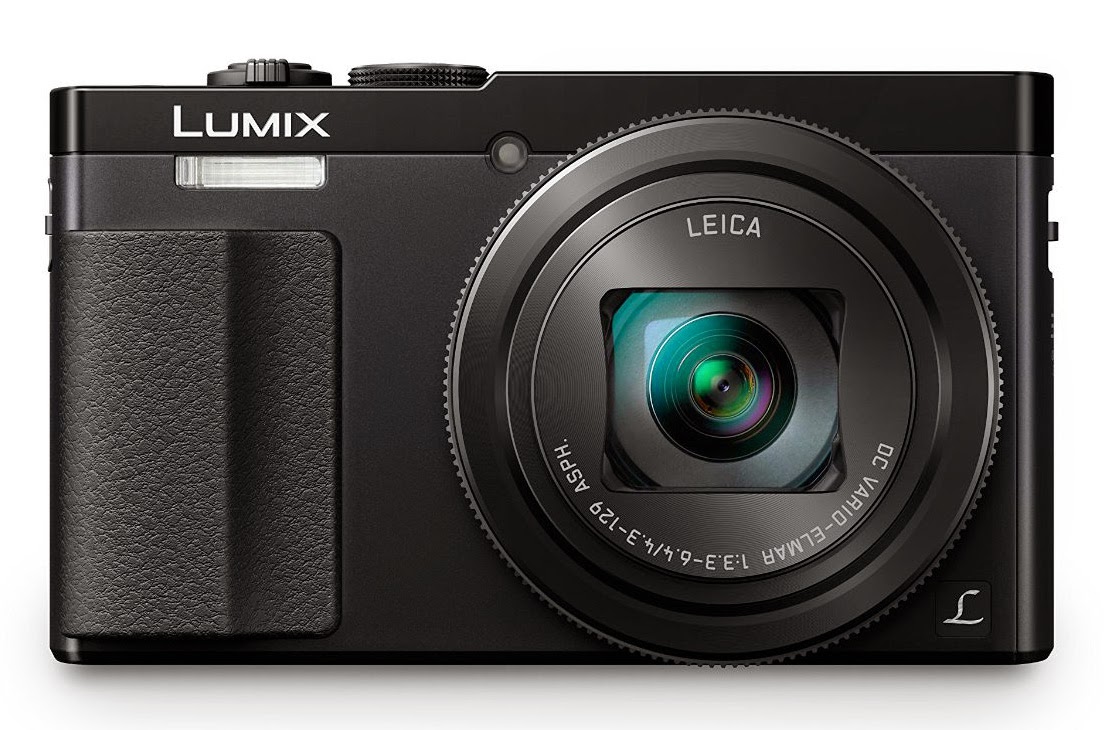 *Preview: Of all the camera announcements in the last year, I'm pretty excited about this compact that Panasonic has announced. Of course it's too early to review the ZS50 since it's not due till April- months after its announcement- but there are plenty of items to discuss about its arrival at all. There are a few reasons this camera is an exciting "idea",  and I call it that now because I don't yet know how it will perform. Yet based on what Panasonic has created on the exterior, and included on its interior, I think the ZS50 has real promise as a wonderful travel camera- as well as an every day one.

*EDIT: 2-27-2015: Sorry that I cannot recommend this camera because today I've found out that Panasonic has indeed removed control of Jpegs to its end user (photo style). Sharpness, contrast, saturation, and noise reduction are all automatic and cannot be adjusted- per the online manual and early adopter testimony. What a shame and well, let me be straight- a sham. Pity, because this camera has so much going for it.

Panasonic seems to be catering to enthusiasts with the ZS50, but I think they are going further than that- which I'll explain in a minute. With a compact design, a very decent sensor (first shown in the FZ200), a well organized exterior with a nice looking grip, decent evf, manual controls, customizeable buttons and control ring, wide range lens (24-720mm 35mm equivalent), raw file output, excellent 1080p HD video, and a real timelapse/movie feature- I have to say that this camera is very enticing. To me it's a miniaturized version of the FZ1000 that I reviewed here. And if it performs even half as well, and thus is designed half a well as I hope, I think it will sell very well and be regarded as one of Panasonic's best ultra/compact cameras yet.

With that said, I also think it could be a camera that will make smart phone dependent photographers give it a serious consideration as a standalone imaging device. A camera like the ZS50 promises not only much better image quality than a smart phone (you get one chance at a good quality photo), but also offers infinitely greater features, a much more versatile zoom range- all in a camera that can still fit in your pants pocket (perhaps the one the phone isn't occupying?). This camera begs the question- if you were going on vacation, wouldn't you just bring this in addition to carrying a smart phone? (I know I would). Certainly the extra bulk and weight would be negligible, with serious added benefits to quality images.

Now, onto the design of the ZS50. It all starts with a proven sensor, the 12.1mp unit used in the FZ200 that has become quite the loved superzoom from Panasonic. Add a 1.2 million dot EVF, 3"1 million dot LCD, 24-720mm f/3.3-6.4 equivalent lens, raw recording, 1080p HD video, and the FZ1000's great time lapse feature implementation- and there's plenty you can do with this camera. Exterior wise, it looks to be well thought out- yet simple and stylish as I'll demonstrate. 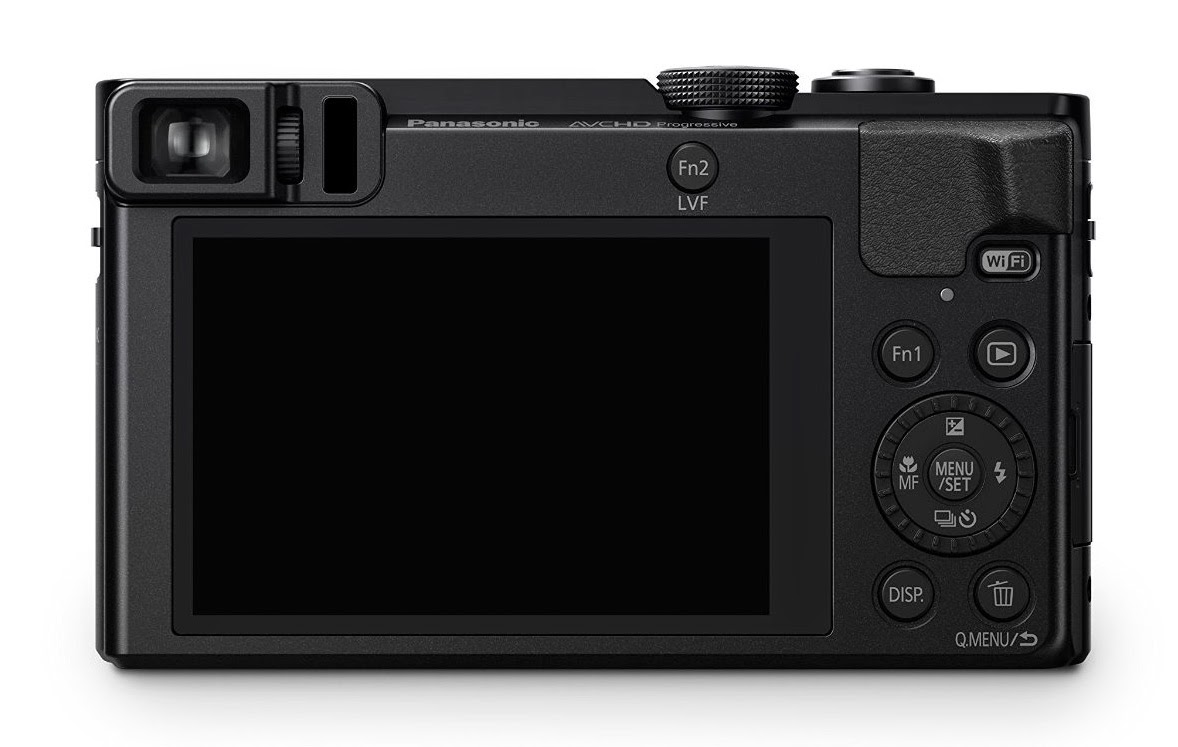 Moving on to the back, the simple but functional design matches the front. Adorned with the new 1.2 million dot EVF, 1 million dot LCD, cutomizeable FN buttons, wifi button thumb grip (a nice looking one at that), and near standard 5x button layout with another control ring. The FN2 button is definitely going to be my AEL lock position. Nothing looks cluttered here, simple but with enough customization to keep an enthusiast happy. Well done. 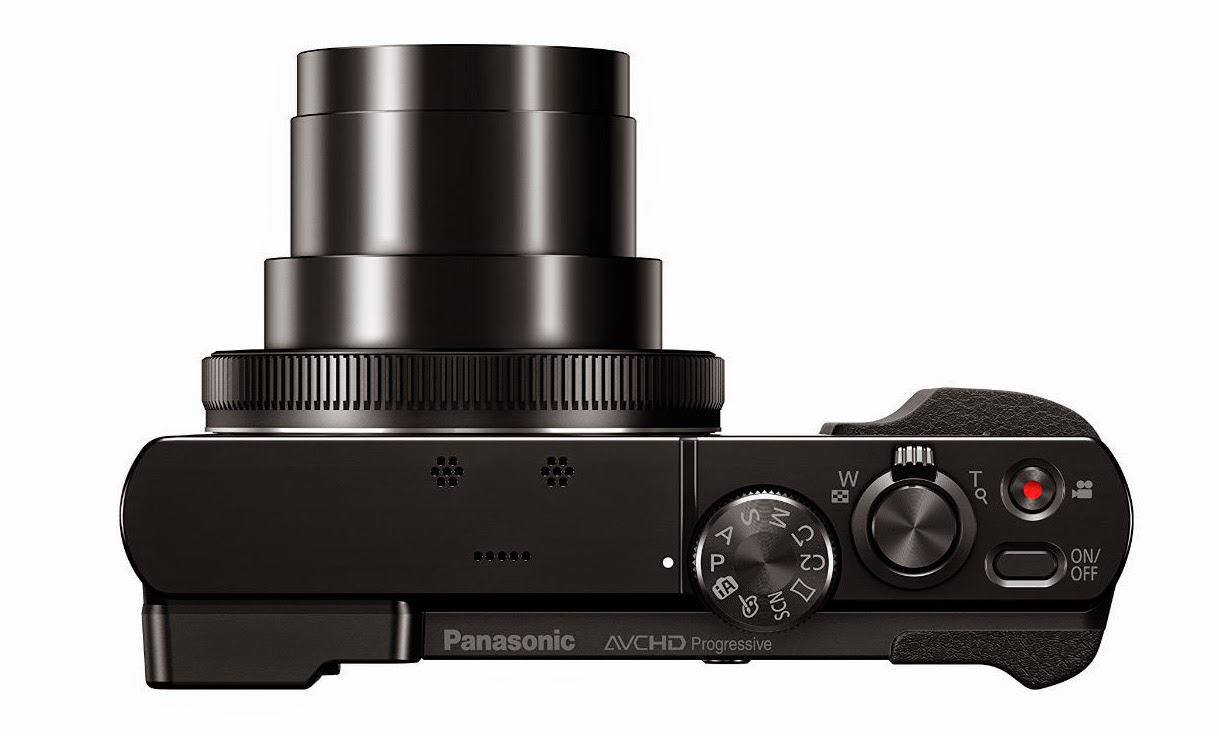 And now to the top. Perhaps an even more simple presentation... starting with the two stereo mics and playback speaker (it looks like a face..), main control dial with custom presets, zoom toggle/shutter release button, customizeable video button, and on/off switch. Note the front grip from the top view, its not only important to have a grip, but it should be wide enough (not to be confused with deep) so when you hold the camera, you aren't pinching it, and the shooting hand is in a natural comfortable position. Panasonic clearly have thought this through- unlike one of my pet peeves on the LX compacts. 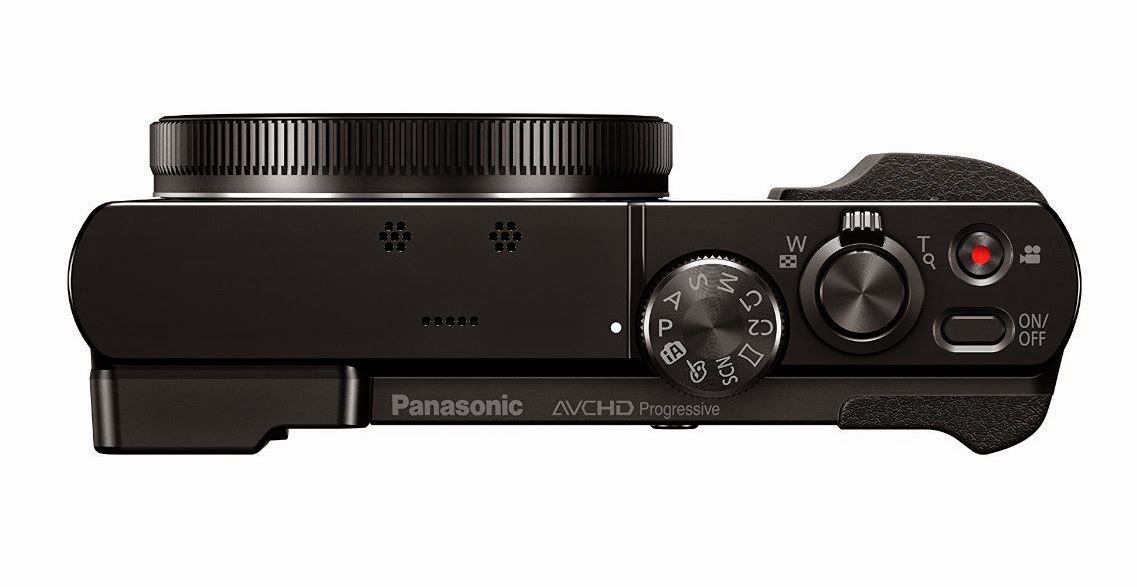 Hmm have they left anything out? For a $400.00 compact, I don't this so. This is a lot of camera that is thin and small enough to take with you everywhere. 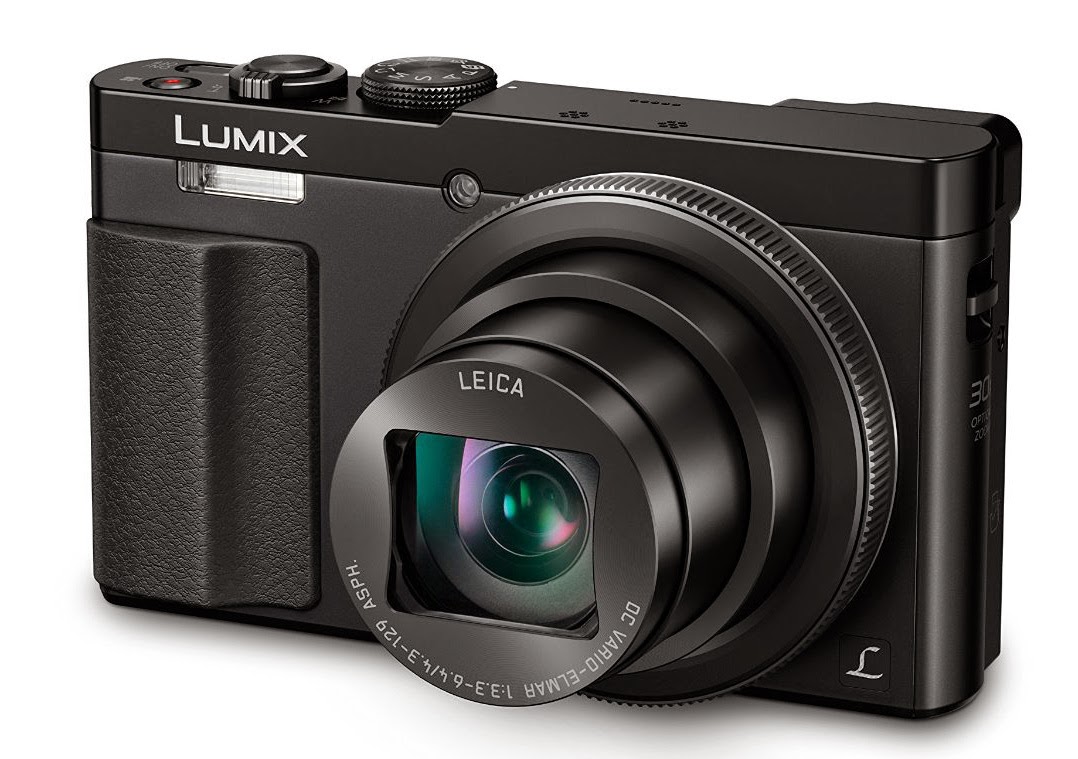 So all that's really left now is to actually test it- and I have some concerns.

I hesitate to get too enthusiastic about the optical quality of the lens, they've really packed a wide range in a small space. I also think the flash location would be better elsewhere ideally, but I can see that Panasonic have crammed a lot into a very small space. Granted most of us don't use flash most of the time, so I gather it will mainly serve as an adornment.

I'm also a bit hesitant to get excited about the EVF- this is because of my experience with the LF1- a camera which I did not have too many kind things to say about. But of late, Panasonic's newest cameras seem to have been on tap with enthusiats' suggestions, so I hope they improved the optics of it to compliment the increased resolution.

One last hesitation I have is with the Jpeg engine. No, I don't expect it to be free of noise removal, that isn't it. What I do hope is that Panasonic allow the user to custom tailor the individual presets with sharpness/contrast/saturation, etc. for all of the available image output options. One of the failures of recent previous ZS cameras has been the lack of such tailoring, which I find deplorable- most shooters use Jpeg, and they should be allowed to tailor them for output accordingly. So, we shall see.

With my hesitations aside, I'm actually very excited to get some time with the ZS50. It ticks off an awful lot of desires with an impressive list of specifications and features- especially for a pocketable compact camera. I like that its got a sensible amount of pixels on a small proven sensor and raw capability, a real wide angle lens (with a crazy long end), time lapse/video capability, wifi, and a decent 300 shot battery life rating. All of this included in a seemingly comfortable holding camera that I can stick in my pocket, camelbak, or shirt pocket. The max aperture won't excite low light shooters, but that's the cost of having such a range of lens and convenience of putting that in your pocket- nuff said.

I'll end this preview with this: I believe manufactures ought to look at Panasonic's example here- it could really entice more phone users to think twice about making cruddy quality precious photos of life's memories. I understand that this day and age convenience is paramount- but at what cost? Something to think twice about.

Be safe and happy shooting!

P.S- An after thought. In the future I'd like to see Panasonic create a 25-400mm premium compact similar in design to the spirit of the ZS50, with a slightly larger sensor and brighter aperture. I think Pana are clearly onto something here, and there's room in the market for camera like this now, and in the future. 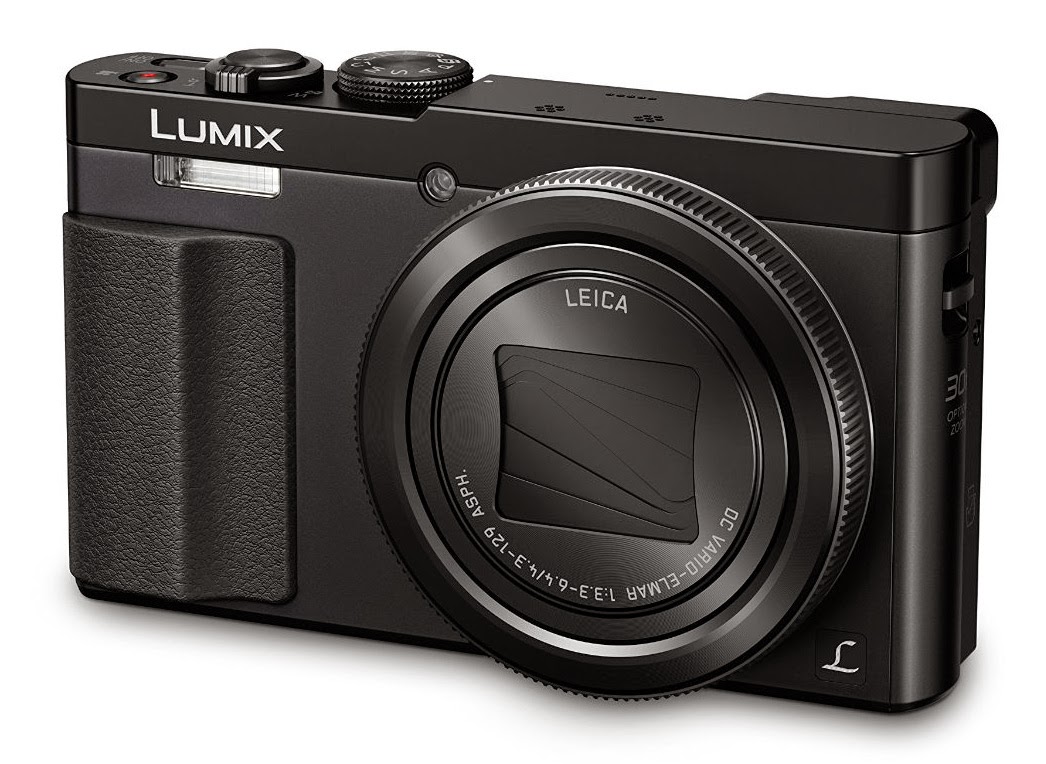