When I wrote my FZ1000 review, I claimed it was one of the best cameras of the year, if not the best camera of the year. That still holds true, and today the FZ1000 is one of the best deals going for an all round imaging device. Prices are amazing for new, and like new (used) units these days- especially considering what you get. Both cameras have been out for a while, but they are still extremely modern as manufacturers are having a tough time improving new designs- i.e. we are starting to see diminishing returns a bit more. Sony's RX10 is a camera that came out before the FZ1000, and while I never finished my review of that camera, I used it enough to know exactly how it compares to the FZ1000, and recently bought myself a used one (Sony loaned me my first). Both are still superb cameras, and there are some advantages to each camera that make them a more compelling choice based on your own needs. This article outlines the value of these cameras, the capability of these cameras, and a brief comparison of strengths and weaknesses when compared to one another.

Starting at $610.00 (used) and going up to $750.00 brand new (Amazon prices), the FZ1000 offers quite a bang for the buck. Video quality and features, lens range and versatility, and viewfinder specifications are its strongest suits. Handling; also its quite comfortable to hold and operate for those used to DSLR sized cameras. It's battery life is very good, image quality is very good from the sensor, and the lens quality is also very good especially when you consider its 25-400mm equivalent focal length range.

Starting at $550.00 (used) and going up to $898.00 brand new (Amazon prices), the RX10 also offers a huge bang for the buck. Notice the range in pricing is greater than the FZ1000, which I find very interesting here. Design aesthetics, video quality, lens quality and versatility (24-200mm f/2.8 constant aperture), weather sealing, magnesium construction, and sensor quality are this cameras strongest suits. Handling is very good overall, with all the essentials where they need to be. Size is somewhat similar to a mid range DSLR, but the grip is narrower. Its battery life is excellent, lens range is very good, and evf and flip LCD screen also well implemented and quite functional.

When it comes to assignments, the FZ1000 can handle quite a bit and do them all very well. It's a blazing fast focusing camera (in single shot mode), and it's processor works hard to keep files written fast. It's 1" size 20mp sensor is said to be made by Sony, but I've never found definitive evidence that it is. Based on the performance differences between the FZ1000 and RX10 (comparison section), I'm not so sure this is true. Regardless the sensor puts in a very good effort, capable of just over 11.5 stops of dynamic range in its raw files (that's tested specs, and seems to be accurate from practical experience too). Regarding the Leica branded lens, I'm all for it for most tasks. It is quite versatile with its range, and it keeps a nice bright aperture all the way to 400mm (f/4 max). Video wise, the FZ1000 is raved about by that community- just know that I'm not a video guy. And although the FZ1000 isn't weather sealed, it's well built over all with a nice polycarb frame that feels stiff and dense without feeling cheap at all.

When you add in its very good overall still image quality, time lapse features, and many many other features and modes, the FZ1000 may be in the top 3 most capable, bang for the buck digital cameras of all time, and tied for first place as a "superzoom" camera.

When it comes to assignments, the RX10 seems to court more specific shooters. It can do nearly all assignments at least very well, but it does a few particularly well and some flat out excellent. For low light work, the combination of its constant f/2.8 aperture, extremely sharp and distortion free lens, and excellent sensor fit the task well. It's sensor hits 12.5 stops of dynamic range (tested and practical experience combined), which in my book tops the magic "12" number. Combine that with its extremely sharp (corner to corner) and distortion free Zeiss branded lens, and boy oh boy can you make some very nice gallery worthy prints. Take it out in the weather if you want, because its moisture and dust resistant, a big plus for outdoor shooters. Video wise, Sony released firmware 2.00 which apparently increased its video quality quite a bit to keep up with the FZ1000 and both cameras are powerhouse video makers. Again I'm not video expert, but this surprise firmware update made lots of smiling faces out there. It's magnesium body is top rate quality, and design aesthetics make it one of the most beautifully looking cameras I've ever seen (Leica's S2 is my very favorite), not that looks really matter- but darn it's pretty and unique looking- something rare these days in camera design.

When you take the RX10's overall features in account, it may not be as well featured as the Panasonic (no time lapse function save-to-video for example) but it makes up for it in quality. Quality of build, quality of lens, and quality of its sensor makes it a still imaging device that has a lot of advantages to it even when compared to DSLR systems. 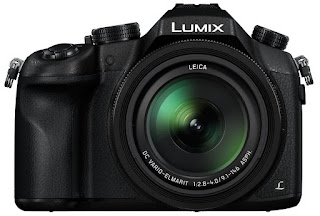 Compared to the RX10, the FZ1000's strengths are as follows: 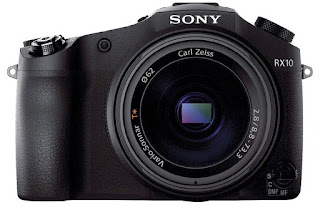 Compared to the FZ1000, the RX10's strengths are as follows:

I'm glad that there are enough differences between these two cameras to give users a choice of priorities. Both cameras are simply excellent, and today's prices deem no advantage to either camera in this aspect. Therefore we are left with a choice of priorities and I'll sum them up for you as simple as I can make it.

Panasonic's FZ1000 is a more versatile, feature laden camera, but also a bit more complicated as a result- both in the menu's and externally. I'd call it a jack of all trades but a master of video. If you don't value weather resistance or build quality as much, but want a camera with a more versatile lens range that does "proper" 4K video, then perhaps the FZ1000 is for you. Some prefer its tilt and twist LCD screen style more, others don't. Still image quality is very good, but the DR is a little tighter in the raw files so you have to be more careful with exposure. I'm splitting hairs a little here, just know that it's an amazing value but I think it does video better than stills when compared to the RX10.

Sony's RX10 was first to market. I've always liked Sony's bridge/all in one digicams going back to the F828. The RX10 is the best of them all, hands down (not considering its successor). If still image quality is your priority, then go with the RX10. It's lens is in some respects much better (compared in the same range, and slightly wider), brighter, and sharper. I've printed up to 30"x 45" inch prints from developed raw files, and they look fantastic. For low light, its got an advantage with a better performing sensor and faster aperture through the range- plus its sharper at f/2.8 so you aren't inclined to stop down for better quality. Video wise it doesn't do 4k, nor does it have the overall advantage here. I'd call it a jack of all trades, but master of stills.

Keep in mind that both cameras really aren't very much behind bigger sensor cameras in terms of sensor output and noise control. Sony's RX10 has enough DR for professional landscape work in my opinion, and its lens would be hard pressed to get any criticism from even the most particular and experienced professionals- advantage RX10. On the other hand, the FZ1000's video broke new barriers and overall its a better platform in most respects for this task. Although neither camera gives you the overall versatility of interchangeable lens platforms, no one lens in those platforms is more versatile than either- far from it. To equate the quality and performance of either lens in a DSLR system for example, you'd spend a lot of coin to do so, and have to lug them all around.

My personal choice for the keeper? Ok, for the curious...I'd have to say that the lens quality, raw image quality, and weather sealing of the RX10 makes it a better choice overall for my priorities- which revolve much around outdoor shooting.  It's a tough choice because I like the FZ1000's grip and some handling aspects more, plus it has a better Jpeg engine in some respects, and I love the time lapse movie feature. Sigh. I'd say the FZ1000 is more fun to shoot with, but the RX10 gives me the prints and outdoor versatility I need. None of this should really matter at all to you, because your priorities are most important.

Convenience and Quality are the name of the game for both cameras, and none do it better as an all in one design for most tasks than these two cameras for the price. You may want to look at the new RX10 II, but be prepared to pay a lot more for one. I hope Panasonic comes out with a successor to the FZ1000.

Be safe, and happy shooting (get out there!)