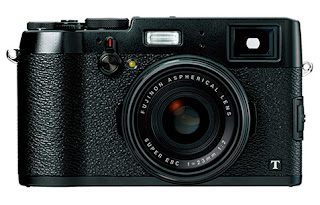 You were curious for another opinion on the X100T, so, here you go. I, like yourself, was also curious about the X100T. As a photographer, I prefer to have small, medium, and large equipment that tends to mesh with my shooting style and photographic sensibilities. Confident in my equipment needs, these days I can tell in about five minutes with a camera if I'm going to like it or not. With the X100T I knew right when I unpackaged it, it was a camera I'd .... probably like. Why probably? Good question, but the answer isn't really simple and I'll admit I'm not easy to please! Curiosity got the better of me however, and it was time to give this very popular camera a try.


Fuji's X100T is the third of the series. It's size is almost just right- a tad smaller than I'd like, not only as I'd expect from a fixed lens compact/rangefinder but how it fit in my shooting hand as well. Even though I hate post style camera strap lugs, Fujifilm put them in the perfect place- I never feel them when I'm shooting and they are thick and nicely rounded too. Bravo! It's not that hard to do those right. 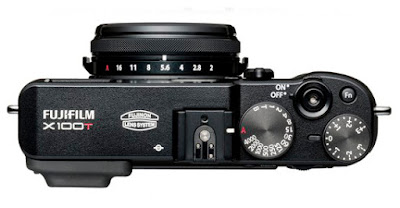 Before I go on though, lets have a quick moment while I expel my niggles first. Let me say that none of these are deal breakers, just small refinement suggestions, that's all. First with handling and there are only five suggestions I have for physical improvement. 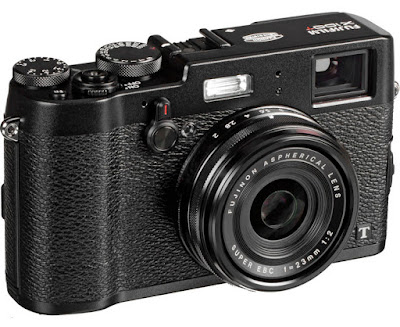 1. The leatherette is a bit slippery, its nice looking, classic 60's style, but not really good for grip especially when fingers get a little wet. The picture above its accurate, it's slick...

2. A small thumb bump next to the rear control wheel on the left side only (see the latest Leica M 240 design) would give a surer grip for the thumb. And while making that change, please move the drive button slightly more to the left (1/4" or so would do) so there is room for the thumb to rest without fear of engaging that button on accident.

3. Reverse the order of the f/stops...f/2 should be next to the A setting instead of f/16, this would require much less movement of the small aperture ring naturally.

5. Drive button  not customizeable, and imho that should also be the location of the AEL button. 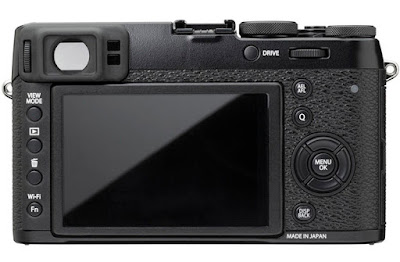 Secondly- Electronics wise, I have a couple more niggles as well, but overall again know that the X100t is well sorted overall, and responsive as well.

1. A larger battery would go far for many shooters. As old school rangefinder as it looks, this is an electronic device that relies heavily on the battery. Extra batteries are not my forte, I like one to take care of a days shooting without worry. Some management means I can, but not without being concerned. That said, if you play your cards right and make some adjustments/manage, the battery life isn't really that bad at all. I can shoot all day casually with careful management.

2. During shooting and instant playback, the EVF's color is way off from the captured output and contrast is heavy.

So, shooting with the X100T has been a mixed bag. The size of the camera is very much what I'd consider ideally in the territory of the most enjoyable rangefinders I've used (real rangefinders and rangefinder styled cameras), but its grip and leatherette texture need some refinement- way to slick. It's large enough to use two handed (without being cramped) if you like, but small enough to use one handed pretty comfortably (with a slide in thumb grip added,which irks me). Controls are pretty well sorted and buttons are mostly well placed, but they aren't perfect.

I personally feel the X100T could stand to be a bit thicker and about a half inch taller to be more comfortable in the shooting hand first of all. It would also give more room for controls so they are a little less crowded together, which causes stress during shooting. I particularly like room for my thumb to rest without worry of tripping a dial or button if I apply too much pressure, and for it to feel totally secure and set in place (the back is slippery). I don't like worrying about such things when I'm shooting. Yes I'm finicky but these issues should stand out and be obvious during the R/D phase.

For me, I prefer more simple cameras that have fundamental photographic controls. Shutter speed, aperture, AEL lock (hold/toggle), are all musts, and ideally should be placed intuitively on the camera so that adjustments can be made one handed comfortably without having to check or second guess locations. A camera should be comfortable to hold all day, without fear of it slipping out of my hand or feeling cramped on controls. Unfortunately the X100T isn't ideal here, but its far from not ideal. 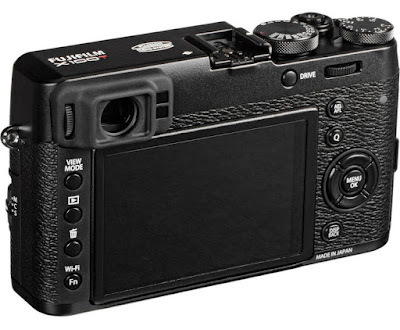 The X100T is a camera that I have to dumb down it's features in the menu in order to like. I don't need half of what its got in that menu (nor do I want/need video), and would love it if there were less distractions on the exterior of the camera, along with the menu system. That said, after I have the X100T all set up to my preferences, it behaves mostly to my desires for a "rangefinder" camera. It's far from perfect though for me.

For manual focusing, I love and hate it. Using the optical finder is my preference, and the auto adjustment of the frame lines in the viewfinder is LOVE. However, the focus throw is dismally slow... it takes too many turns from close to infinity focus, and the focus ring is too narrow and close to the body. It feels fiddly. Speeding up the focus throw would make MAJOR points. I believe this can be achieved with a firmware update - er hem.

The on/off switch is too easy to switch as well, but the exposure compensation wheel is a bit too tight... the drive button should be an AEL/AFL lock button instead, and moved over to the left to make room for your thumb to rest. The rear wheel is way to dainty in feel, too easy to move back and forth, but I do like how you can press it in to make other changes.

Less advertising on the camera is more- please remove the fujinon lens system logo on top, and the T from the front -or make them a lot more obscure. Minor distractions, but refinements they would be.


And while I'm on that subject...marketing really has such a huge influence on camera design these days. I wish for a company that would make more sensible cameras in appearance and how they operate. Fuji is trying, and for that I give them major props- I do respect the company and its products.

I find when you try to please everyone in a design, something gets lost every time. So far I'm having a hard time figuring out what Fujifilm is trying to achieve here- the tools don't seem refined yet. Give me a simple hammer to hammer with, not a hammer with a beer opener and a thermometer on it. Metaphor city, but you get the idea. Its true!

The X100T looks like a simple camera, but operating it is a different story. It's a beautiful camera to look at, no doubt about it... its build is very nice and its got things almost right. Fujifilm are getting better, but they need to refine refine refine.

In the case of the X100T, I'm in the minority when I say I'm not going to gush over it. It's a nice looking camera that promises on traditionalism but ends up being a bit complicated, and a bit uncomfortable to shoot with. Because of the placement of controls, slipperiness of its exterior, and how the controls interact (buttons not ideally placed, control wheels too easy or too hard to spin, etc..), it's a camera that makes you work and think harder than  you should have too. It can use some refinement of course, but it's not a bad camera at all. At times I really enjoyed using it, and others I frowned. It's just trying to be too much for it's looks, and the wrinkles still need ironed out.

So enough of that.

Image quality, well.... I've reviewed this 16mp sensor before. The sensor is very good, the lens is very good, nothing fantastic about either but neither disappoint me, I do like both. The Jpeg engine, is also very good overall. Adobe still needs to figure out Trans X for sharpening. But they probably never will- not Fujis fault, but I don't want to use a different raw program all the time. Overall though, I've got no complaints about the files- I'd use them for professional work.

And while the third (T) iteration of the X100 is clearly the best yet, I think Fujifilm needs to take a look at details and figure out how to refine it even more. I want them to succeed more. Having said that, the X100 has been a huge success, so to see Fujifilm continue to refine this design gives me every reason to continue to respect the company. They do listen!

And I think Fujifilm will achieve what it's set out to do, it's just a relatively new division (the newer digital division that is) that is trying to capture the hearts and minds of enthusiasts and build a base. They are making incredible strides, but I'd like to see them keep going. I've been watching and observing them for some time now, and it's really impressive to see this company's efforts over the last few years. I doubt any manufacturer is working as hard as Fujifilm is right now.

So back to the X100T. It's a camera I like. I don't love it, I can't fall in love with it. A few refinements and I'd date it for quite a while. I respect it, and I'd even endorse it. It looks all business and offers a unique design in the camera world.

Notice I haven't compared it to a different brand at all yet, which will continue to go nameless. It's not even like that brand. Fujifilm have their own rangefinders and experience over the years. Take a look at their film cameras, and you'll see a gorgeous film rangefinder in their lineup right now.

Fujifilm, I applaud your efforts. Keep up the hard work!!!